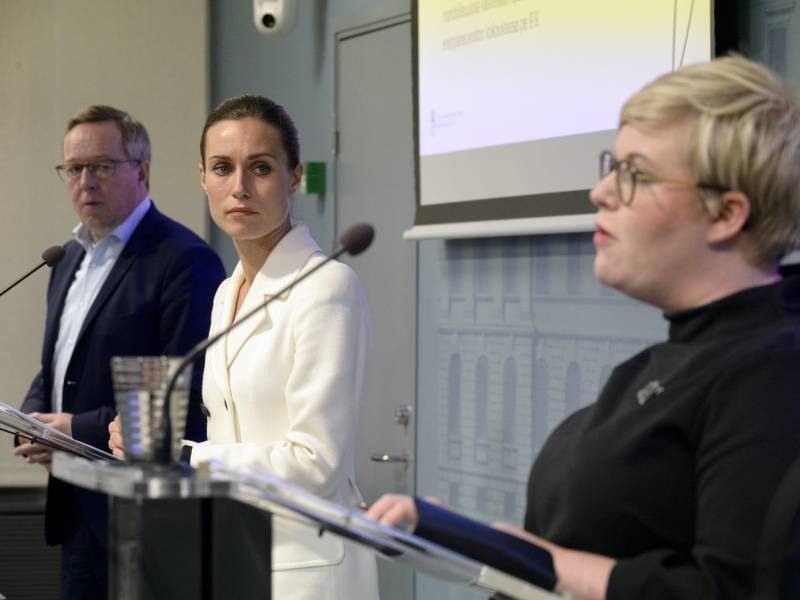 THE FINNISH GOVERNMENT on Sunday announced it is proposing that funding for up to 10 billion euros in emergency loans and guarantees be set aside for electricity producers struggling under mounting collateral requirements.

The government underscored that the funding scheme would be a last-resort financing option for companies at risk of insolvency.

The scheme would remain in place until the end of next year and provide loans with repayment terms of no more than two years on a case-by-case basis, under tighter-than-market-based terms and conditions the details of which are to be specified on Monday.

The government is to discuss the proposal at its plenary session today.

“Taxpayer money won’t be moved anywhere. The terms and conditions will be very strict. This is not about moving taxpayer money anywhere. We’re talking about a loan scheme,” Prime Minister Sanna Marin (SDP) was quoted saying by Helsingin Sanomat.

Minister of Finance Annika Saarikko (Centre) stated that the funding scheme is primarily an attempt to prevent companies from sliding into insolvency as a result of the collateral requirements depleting their liquid assets.

“Our estimate is that this would apply to around 30 electricity producers. We’re not talking about handing over money to a company free of charge but about loans granted under very strict terms and conditions,” she said.

Minister of Economic Affairs Mika Lintilä (Centre) described the scheme as an attempt to cool down the electricity market by communicating that state financing may be available as a last-resort option. Identifying companies that could end up in a liquidity crisis relatively quickly is not difficult in Finland, according to Lintilä.

The risk of a domino effect exists also in the country. “There are ingredients for this to be the energy industry’s Lehman Brothers,” he characterised.

The European electricity and natural gas market has been disrupted severely by the war of aggression waged in Ukraine by Russia. Disruptions in the common wholesale market have been reflected in electricity prices also in Finland.

The surging prices, in turn, have grown the collateral requirements of energy companies by as much as 1,000 per cent to hundreds of millions if not billions of euros. Collaterals can be required from electricity producers that utilise future derivatives to safeguard their protection in order to ensure the buyer can acquire the electricity from another producer in the event that the delivery cannot be made.

The collateral is defined based on the difference between the sale price and market price.

Jukka Leskelä, the CEO of Finnish Energy, on Sunday said he is pleased with the government’s proposal.

“It’s clear that it’s primarily the companies’ responsibility to seek financing, but if they fail to secure [financing] it’s important that the government is prepared to safeguard the continuity of their operations,” he commented to Helsingin Sanomat.

Matti Liski, a professor of economics at Aalto University, stated to the newspaper that the government is in the hostage-like situation in part because of earlier inaction to rein in market expectations about maximum prices. The government, he added, is to offer financing due to problems caused by old energy contracts all the while unhedged production is set to be extremely profitable due to the energy shortage.

“The core of the entire problem is in the wholesale electricity market,” he viewed.

“The European Union should quickly introduce a price cap for the wholesale market, whereby the collateral requirements would immediately decrease and the struggles of companies would ease but electricity prices would stay under control.”