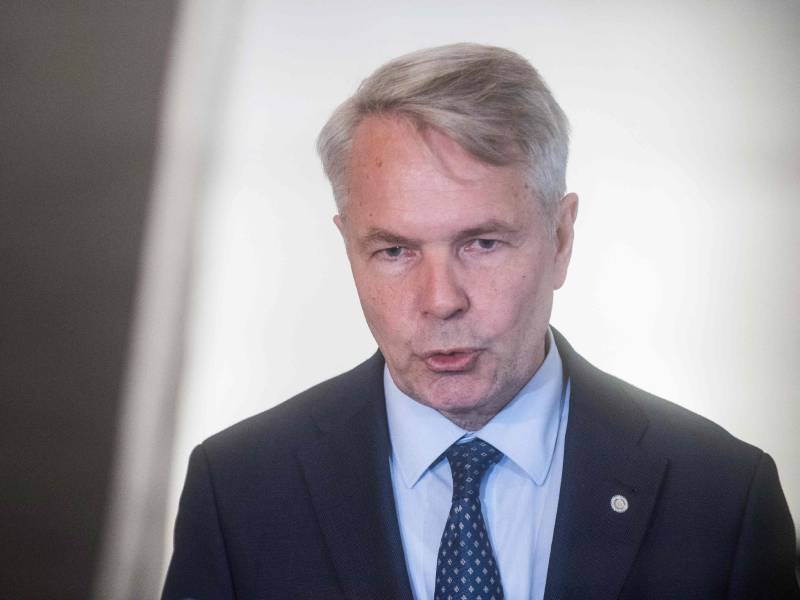 Minister for Foreign Affairs Pekka Haavisto (Greens) spoke to journalists as he arrived for an informal meeting of the EU’s foreign ministers, the so-called Gymnich meeting, in Prague, Czechia, on Tuesday, 30 August. (Michal Cizek – AFP/Lehtikuva)

FOREIGN MINISTERS from Finland, Poland and the Baltics on Wednesday reiterated to their colleagues that their countries have become a significant gateway to Europe for Russian tourists.

Finnish Minister for Foreign Affairs Pekka Haavisto (Greens) gauged that the informal meeting of foreign ministers succeeded in creating a broader understanding of the magnitude of the issue for member states bordering Russia.

“As the discussion went on, ministers woke up to the fact that we’re talking about quite large volumes,” he was quoted saying in a news conference by Helsingin Sanomat.

“It was important because not many here realised that in normal years we had had 10 million border-crossings. We’ve had years when we issued a million Schengen visas. Finland’s border with Russia is not only long, at over 1,300 kilometres, but it’s a border that has been crossed actively in both directions in normal years.”

“This was probably a wake-up call to many that don’t share a border with Russia.”

The foreign ministers agreed yesterday to suspend the visa facilitation agreement between the EU and Russia. Russians have been able to obtain a tourist visa to the 27-country bloc in 10 days instead of 15 days and for 35 euros instead of 80 euros under the agreement. The agreement had also relaxed the documentation requirements associated with applying for a visa.

The ministers also voiced their support for curtailing the issuance of multi-entry visas to Russians.

The legislative revisions needed to suspend the visa facilitation agreement should be finalised in the coming weeks, according to Haavisto.

“This will significantly reduce the number of new visas issued by the EU member states. It’s going to be more difficult, it’s going to take longer,” summarised Josep Borrell, the EU High Representative for Foreign Affairs.

Provisions in the agreement that facilitate the entry of diplomats and business executives, for example, had already been scrapped in the wake of Russia’s invasion of Ukraine.

Borrell pointed out that there has been a marked increase in border crossings into the EU from Russia since mid-July. This, he added, has become a security risk for member states that share a border with Russia.

“In addition to that, we have seen many Russians travelling for leisure and shopping as if no war was raging in Ukraine.”

Haavisto said Finland does not consider Russian tourists a security but rather an ethical question. This is not the time for holidays and luxury tourism, he stated.

While he declined to comment on whether it could become necessary to restrict the issuance of tourist visas further in the autumn, he underlined that member states should collectively make sure one does not undermine the measures taken by others.

“If an EU country denies border-crossings completely, we wouldn’t want to be the intermediary [for Russian tourists],” he said.

Borrell on Wednesday also reminded that member states have broad rights to regulate the issuance of visas and implement border controls as long as they do so without violating the Schengen Agreement. The Finnish government has already decided to limit the issuance of tourist visas to Russians, reducing the both the days and locations in which applications are received as of today, 1 September.