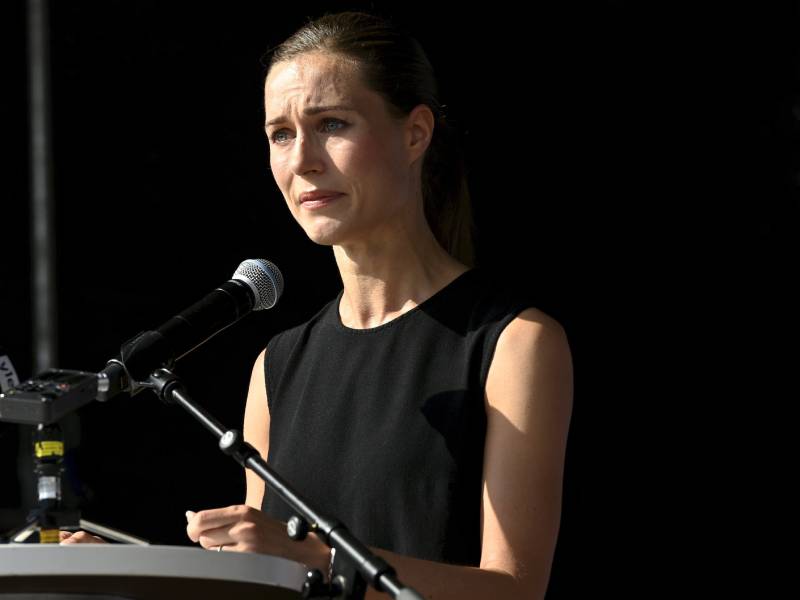 Prime Minister Sanna Marin (SDP) addressed the public at the market square in Lahti, Southern Finland, on Wednesday, 24 August 2022. She moved almost to tears as she discussed how the public debate on photos and videos of her partying have affected her in the past week. (Heikki Saukkomaa – Lehtikuva)

PRIME MINISTER Sanna Marin (SDP) on Wednesday addressed the public controversy kindled by the slew of photos and videos that have emerged recently from parties she had attended or hosted in Lahti, Southern Finland.

According to YLE, Marin told that the past week has been far from the easiest in her life and, holding back the tears, reminded that also she is human.

“I’m human. And also I need some light, joy and fun in the middle of these dark clouds,” she stated, pointing, for example, to the war in Ukraine. “And it has been associated with all sorts of photos and videos that I’d prefer not to see – that, I know, you’d prefer not to see. And yet they’re being shown to all of us. It’s private. It’s joy and it’s life.”

“But I haven’t taken a single workday off. I haven’t left a single task undone, nor will I do so in the middle of this because all of this will pass and together we’ll have to build this country stronger.”

Marin said she feels as if she has been thrust into the eye of a hurricane, acknowledging that it was for neither the first time nor likely the last. The interpretations made about her parties in the media, she added, have been a tenfold if not a hundredfold exaggeration of her experience them.

The prime minister stated that her thoughts in the middle of the controversy are with the president and prime minister of Ukraine, Volodymyr Zelensky and Denys Shmyhal.

The public debate about the photos and videos last week overshadowed the parliamentary group meeting of the Social Democrats in Kuopio. It has continued to cast a shadow over the series of meetings the party’s leadership, labour committee and ministerial group are holding in Lahti on Wednesday and Friday.

Antti Lindtman, the chairperson of the Social Democratic Parliamentary Group, stated in a news conference later yesterday that the group had an “open and candid” discussion with the prime minister about the headlines created by her free-time activities, according to Helsingin Sanomat. Marin, he added, indicated that she has learned from the controversy, and the group remains confident in her.

When Marin was asked to elaborate on what she has learned, she replied that she wants to focus on performing her official duties. “We have a tough autumn ahead of us. We have a tough winter ahead of us,” she said.