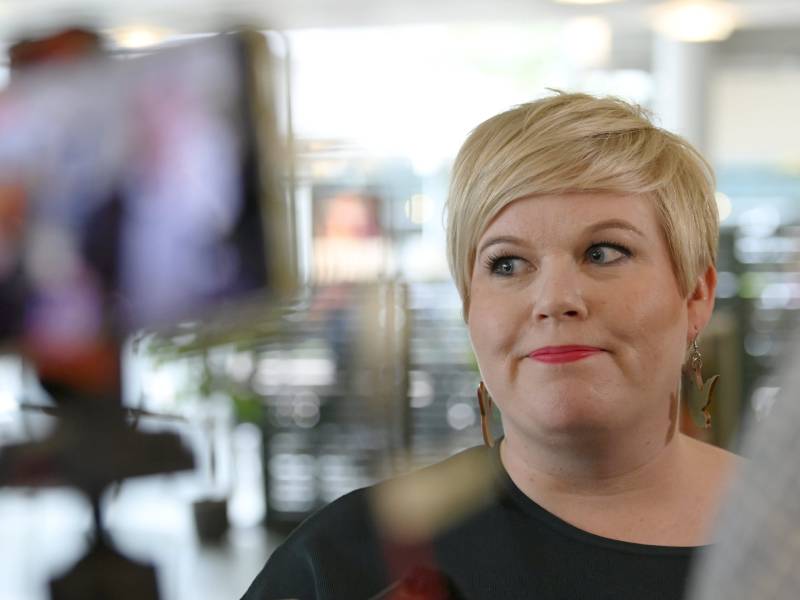 Minister of Finance Annika Saarikko (Centre) spoke to members of the media at the summer convention of the Centre Parliamentary Group in Pori on Tuesday, 23 August 2022. Saarikko said she would rather talk about the policy initiatives than private life of Prime Minister Sanna Marin (SDP). (Emmi Korhonen – Lehtikuva)

LEADERS of Finnish political parties hope that the political discussion will shift back to actual issues instead of the private life of Prime Minister Sanna Marin (SDP), reports YLE.

Minister of Finance Annika Saarikko (Centre) on Tuesday stated to the public broadcasting company that she would rather not comment on the newly emerged inappropriate photos shot in Kesäranta, the official residence of Marin.

“All of this feels quite awkward and confusing. I’d much rather comment on the prime minister’s political proposal than this,” she said.

Minister of Education Li Andersson (LA) commented on the controversy provoked by the recent revelations on a general level, saying she hopes the discussion will move on from the private life of the premier to actual issues.

“I’m sincerely hoping that we can move on to discuss actual issues – about the government’s responsibilities related to the difficult coming winter, about the energy crisis, about the war of aggression undertaken by Russia, about how we want to foster just policy-making at a time like this,” she said.

Their views were echoed by Petteri Orpo, the chairperson of the National Coalition.

“I think it’d be brilliant if we focused on what the prime minister isn’t doing. We’re faced with the Russian invasion of Ukraine, the energy crisis, rising interest rates, rampant inflation. We’re faced with a crisis in elderly care services, problems in health care. I’d expect some kind of leadership on these issues,” stated Orpo.