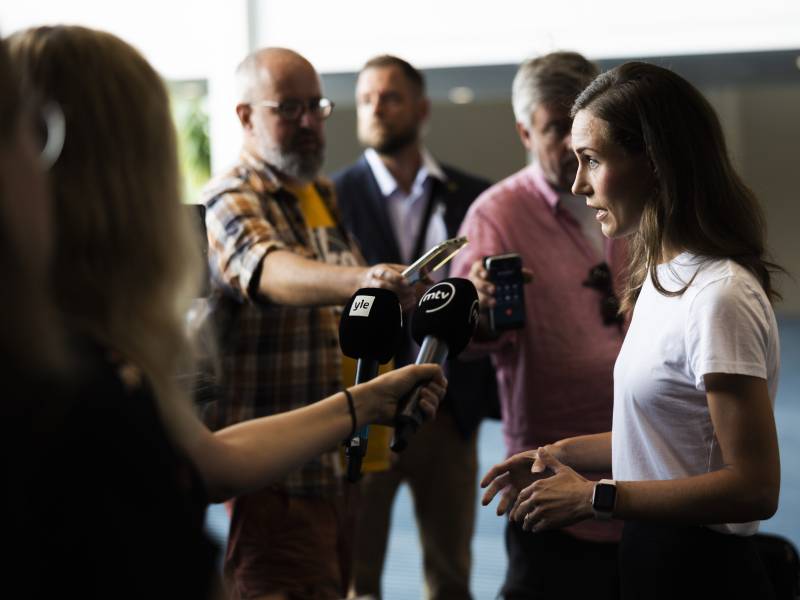 “I’ve danced, sung and partied, done completely legal things,” she stated to reporters at a press conference held in conjunction with the summer convention of the Social Democratic Parliamentary Group in Kuopio, North Savonia, on Thursday.

She denied using narcotics or seeing anyone else use narcotics at the party – a question prompted by the word ‘jauhojengi’ (Eng. flour gang) heard on the video.

“I’m not aware of anything illegal happening. I doubt it’s a police matter in that case,” she replied when asked if the police should look into the incident. “I spent time with friends, had some mild beverages, no spirits.”

Marin revealed that the private videos were shot in a private residence a couple of weeks ago, saying she was aware she was being recorded but trusted that the videos would remain private. She also denied the implication that someone had tried to use these or any other videos to blackmail her.

“I trusted that because the videos are private and taken at a private event, they wouldn’t be published,” she commented, declining to comment on who shot or published the video. “It feels bad that they’ve been published.”

Voters, she said, are free to decide how the incident should affect her standing. “I have my family life, work life and free time, when I spend time with my friends,” said Marin. “I plan on being the same person I’ve been so far.”

Antti Lindtman, the chairperson of the Social Democratic Parliamentary Group, on Thursday assured that the group has confidence in Marin.

“Our group has confidence in the prime minister, there’s no doubt about that,” he was quoted saying by Helsingin Sanomat. “If you dance with friends at a private event, I struggle to see a big problem there. I’m sure Finns can see the difference between private life and public duties.”

Riikka Purra, the chairperson of the Finns Party, and Mikko Kärnä (Centre) viewed yesterday that the prime minister should take a voluntary drug test.

“There’s a shadow of doubt over her that clearly wasn’t dispelled by the press conference,” estimated Purra. “She should dispel the doubts one way or another and prove them wrong or her credibility will be severely damaged.”

Marin responded to the demands later on Thursday: “I have nothing to hide. I haven’t used drugs and in that sense it’s not a problem to get tested. But I also think it’s quite unusual that people are making these kinds of demands.”