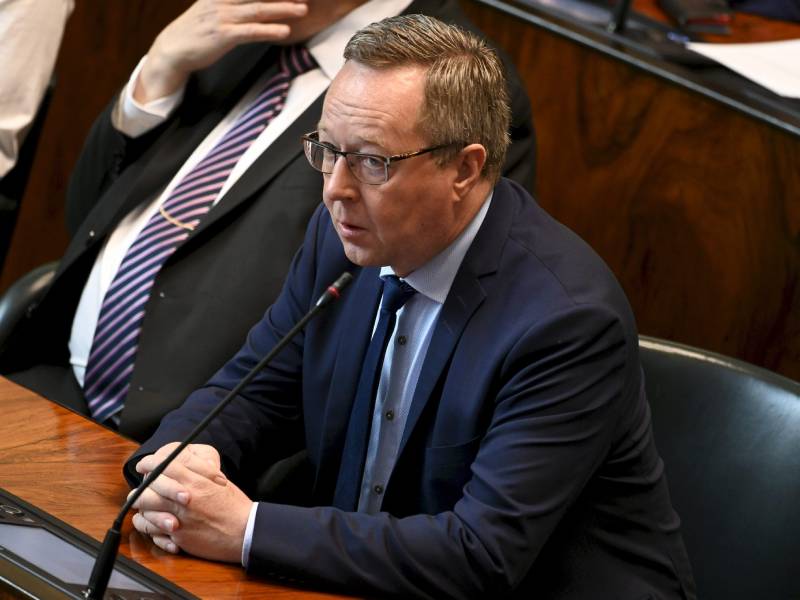 Minister of Economic Affairs Mika Lintilä (Centre) attended a plenary session in the Finnish Parliament on 7 July 2022. Lintilä on Saturday told STT that the government has “no tricks up its sleeve” to bring down electricity prices next winter. (Vesa Moilanen – Lehtikuva)

THE FINNISH GOVERNMENT has no tricks up its sleeve for its upcoming energy-saving campaign that would enable households to reduce their electricity bills, warns Minister of Economic Affairs Mika Lintilä (Centre).

“There’s an expectation that we’ll pull out some tricks. The campaign is informative by nature. It isn’t completely clear to everyone what uses energy and how much,” he stated to STT on Saturday.

The government will launch the information campaign at Europe Forum in Turku on 25 August. The campaign will continue to encourage households to take actions such as lower indoor temperatures and reduce the amount of time spent showering throughout the autumn in conjunction with, for example, the annual energy savings week in October.

Some Finnish households are already struggling with rising energy prices, with many dreading the bills they will receive next winter. Lintilä revealed that his contract price of electricity has risen by about 250 per cent, conceding that no developments are expected to bring down the prices in the near future.

“The biggest incentive for saving energy next winter will unfortunately be the bill,” he conceded.

Lintilä on Saturday defended his proposal to lower the value-added tax on electricity temporarily from 24 to 14 or 10 per cent to alleviate the situation of households, saying the cost estimates presented in response to it are for the entire year and fail to take into account the rise in energy prices and its impact on revenue from the value-added tax.

The Ministry of Finance calculated for STT that the proposal would slash revenue from the tax by 220–300 million euros.

The Ministry of Finance and the Ministry of Economic Affairs and Employment are seeking to identify ways to address the situation by the government’s budget session scheduled for the turn of the month.

Lintilä also pointed out that nothing is presently expected to result surely in the rationing of electricity or disruptions in the electricity supply. The sufficiency of electricity, he added, will depend on three factors: the winter weather, the supply of natural gas to Europe and the third reactor at Olkiluoto Nuclear Power Plant.

The nuclear power project has become notorious for delays, having originally been scheduled for completion by May 2009.

Teollisuuden Voima (TVO), the operator of Olkiluoto Nuclear Power Plant, on Thursday reported that test use of the unit has been suspended for two weeks due to an automation update implemented on the turbine island. The suspension, it told, will have no impact on the overall timetable of the test-use phase, as the unit is still expected to commence regular electricity production in December.

Lintilä said he has confidence in the project. “We don’t have any other alternatives, and I do trust in it,” he said to STT.

He also revealed he expects the energy use of peat to increase next winter. Even though the government has sought to reduce the use of peat in order to reach its carbon-neutrality objectives, the minister reminded that at no point has it sought to ban the use altogether.

“My categorisation has coal as the last alternative because it isn’t domestic,” said Lintilä.