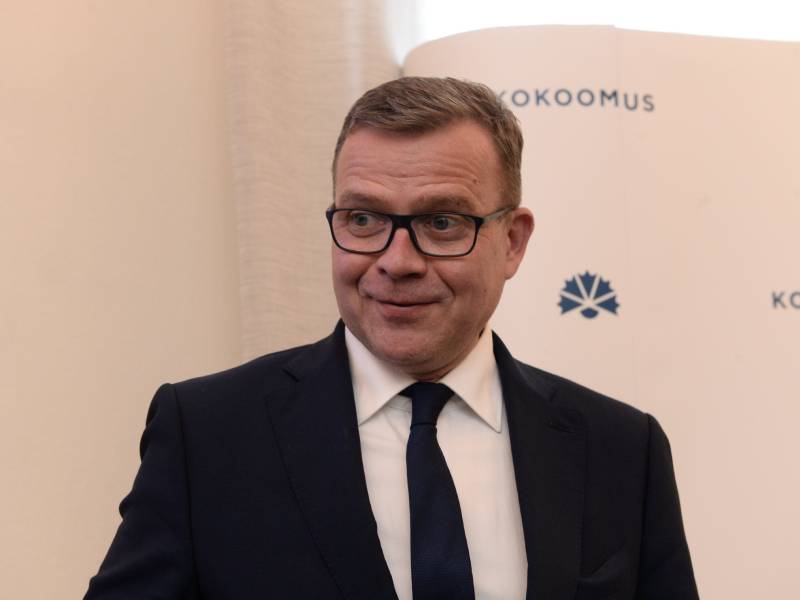 Petteri Orpo, the chairperson of the National Coalition, was photographed arriving for an extraordinary meeting of the National Coalition Parliamentary Group in Helsinki on 21 June. The group convened to discuss allegations made against its now-former member, Wille Rydman. The controversy appears not to made a major dent to the popularity of the right-wing opposition party, indicates the latest opinion poll by YLE. (Mikko Stig – Lehtikuva)

THE NATIONAL COALITION may have seen a slight dip in support but remains comfortably the most popular political party in Finland.

YLE on Thursday reported that 23.4 per cent of respondents to its latest opinion poll expressed their backing to the right-wing opposition party, signalling a dip of 0.3 percentage points from the previous month.

“Support for the National Coalition remains at an exceptionally high level,” summarised Tuomo Turja, the research director at Taloustutkimus.

He pointed out that the party has recently polled at a level that is all but unprecedented since the parliamentary elections of 2011, which signalled a shift from a political landscape dominated by three parties to one dominated by four medium-size parties.

“The National Coalition was polling at 26 per cent at its peak in the spring, and now it’s polling at 23 per cent. Such a long-standing and wide lead over other parties is absolutely exceptional,” he said.

The party saw its popularity fall by roughly two percentage points following the emergence of allegations against Wille Rydman, a 36-year-old lawmaker from Helsinki. Although the National Bureau of Investigation (KRP) has since announced it is opening a pre-trial investigation into the case, it has not resulted in more problems for the National Coalition.

“The Rydman case has been put to bed for now, until any new information arises. It didn’t cause a major for the National Coalition,” analysed Turja.

Support for the Social Democrats continued on an upward trajectory for the third consecutive month, climbing from 19.8 to 20.3 per cent. The ruling party, in turn, appears to be largely unaffected by recent reports on Fortum and Uniper, the Finnish majority state-owned energy company’s subsidiary in Germany.

Minister for European Affairs and Ownership Steering Tytti Tuppurainen (SDP) had to address the media numerous times during discussions about how to bail out the natural gas-reliant Uniper.

The Finns Party saw its popularity rise by 0.8 points to 16.1 per cent, helping it to tighten its grip on the status of the third most popular party in Finland. The Centre contrastively saw its approval rating slip from 11.8 to 11.0 per cent.

“[The Centre’s] decline hasn’t been particularly steep, but it has added up to 2.5 points since April. There may not be an obvious policy-related explanation for this,” analysed Turja.

The Centre, he added, seems to have incurred losses due to movement of voters between various right-wing parties. “The National Coalition has won over supporters from the Centre. The Finns Party’s popularity, meanwhile, has gone up slightly in the summer. The poll shows that the Centre is haemorrhaging support also to the Finns Party.”

The Green League, Swedish People’s Party and Christian Democrats all saw their popularity decline moderately – to 9.3 per cent, 4.4 per cent and 3.0 per cent, respectively. Support for the Left Alliance rose by 0.3 points to 8.1 per cent and that for Movement Now by 0.1 points to 2.2 per cent.

Taloustutkimus contacted 2,831 people for the poll between 6 July and 2 August. About 70 per cent (1,996) of them were able and willing to reveal which party would receive their vote if the parliamentary elections were held now.

The elections are scheduled to take place on 2 April 2023.