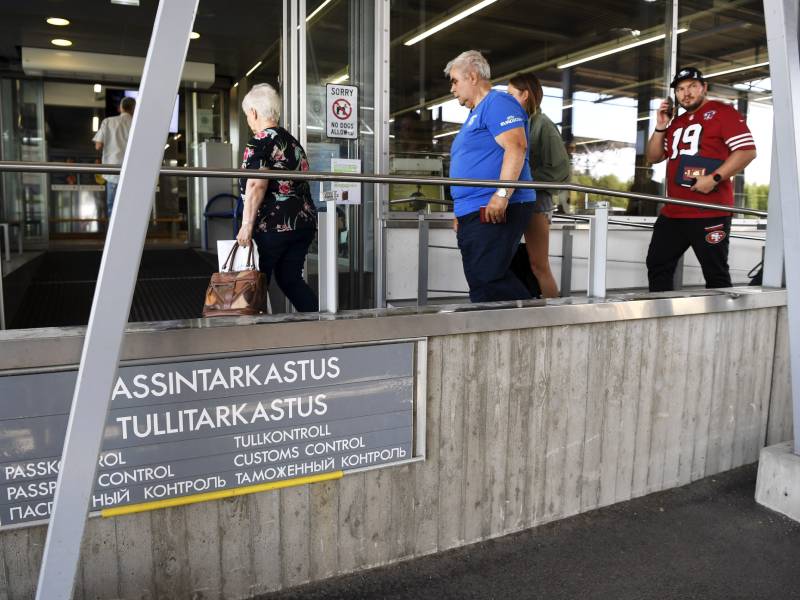 THE LARGEST GROUPS in the Finnish Parliament would be prepared to limit the issuance of tourist visas to Russians, reports Helsingin Sanomat.

Finland has continued to issue the visas as usual despite the war of aggression waged by Russia in Ukraine, unlike for example Estonia, Latvia and Lithuania. With the EU prohibiting Russian aircraft from using its airspace, Finland is offering Russians a gateway to other parts of Europe.

The National Coalition Parliamentary Group stated that it believes the current situation facilitates the circumvention and undermines the effectiveness of sanctions imposed on Russia.

Kopra added that visas could be issued on similar grounds as under the restrictions introduced to slow down the spread of the coronavirus, such as to Russians who have close relatives, who own property or who receive health care in Finland.

Mikko Kivikoski, a deputy director at the Ministry for Foreign Affairs, stated to Helsingin Sanomat earlier that it may also be beneficial to offer a window into life in a free democracy to Russians and preserve contacts between Finns and Russians.

Kopra is not convinced by the argument. “They’ve had more than 30 years since the collapse of the Soviet Union to see how democracy works and travel freely, and it hasn’t helped. I don’t believe in that theory,” he explained.

Jussi Tanner, the director general of consular services at the Ministry for Foreign Affairs, yesterday told the newspaper that limiting the number of visas issued would be theoretically fairly straightforward.

“We’re now receiving about a thousand applications a day from Russia, and that capacity is constantly pretty much fully in use. Limiting the number of applications we receive would lead to a drop in the number of visas issued. No political discretion is used on individual applications, however,” he said.

Tanner added that he personally would not rush into any decisions given the importance that authorities operate in a way that is stable and predictable.

Members of the Finns Party are also in favour of suspending the issuance of visas to Russians.

“I don’t think it’s justified that people from a country that’s waging a ruthless war of aggression are allowed to travel around Europe as if nothing has happened,” Ville Tavio, the chairperson of the Finns Party Parliamentary Group, wrote to Helsingin Sanomat.

Veikko Vallin (PS), though, expressed his reservations about the suspension of visa issuance on Twitter.

“The way I see it is that we should take their money. Commerce booming would be good especially for Eastern Finland: employment would improve, many would get respite from financial difficulties, tax revenues would increase and so on,” he tweeted.

Antti Lindtman, the chairperson of the Social Democratic Parliamentary Group, viewed that it is at least justified to quickly explore the possibility of restricting the issuance of tourist visas. It would be necessary, however, to estimate how such restrictions could affect the ability of opposition parties to operate and citizens to access accurate information in Russia.

“Russia’s brutal war goes on day after day, and normal interaction isn’t possible in many other ways either in these circumstances,” he messaged to Helsingin Sanomat.

He did not indicate whether he believes the issuance of visas should be suspended partly or completely.

The Green Parliamentary Group has yet to outline its position on the issue, according to chairperson Atte Harjanne. Harjanne stated that he is personally in favour of adopting stricter criteria for visas but reminded that there are arguments also for continuing the issuance.

“While Russia is waging its war of aggression, it feels wrong that people from the aggressor country are coming here on holiday and to shop,” he said. “Strictly isolating Russian nationals wouldn’t necessarily serve the purpose of changing their views on the atrocities committed by their leadership.”