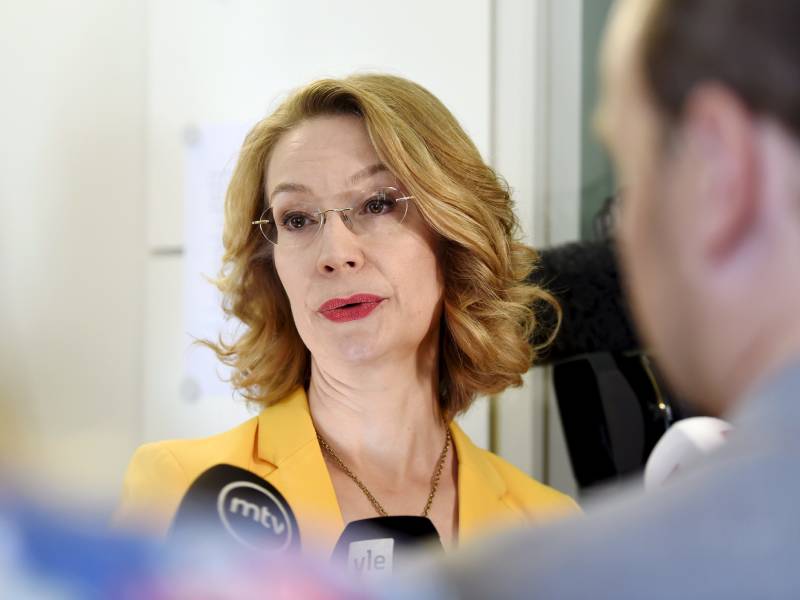 Minister for European Affairs and Ownership Steering Tytti Tuppurainen (SDP) spoke to reporters ahead of an extraordinary meeting of the Parliament’s Commerce Committee on Tuesday, 19 July 2022. (Anni Ågren – Lehtikuva)

THE OBJECTIVE of Finland is to ensure Fortum injects no more capital into its ailing subsidiary, Uniper, Minister for European Affairs and Ownership Steering Tytti Tuppurainen (SDP) stated in the Parliament House in Helsinki on Tuesday.

“For the state owner, the starting point of the negotiations has been that Fortum, as the main owner of Uniper, does not provide additional capitalisation to Uniper,” she was quoted saying by Helsingin Sanomat.

Tuppurainen spoke to the media in conjunction with her over two-hour hearing before the Parliament’s Commerce Committee.

She refrained from commenting on how the negotiations have progressed and what the eventual agreement could look like, reiterating that the negotiations remain in a sensitive stage. The committee members, she added, now have access to all the information she has, including insider information, meaning also they will have limited possibilities to discuss the situation in public.

The Finnish government holds a 51-per-cent stake in Fortum. The majority state-owned energy company, in turn, holds a 78-per-cent stake in Uniper, which is incurring daily losses of tens of millions of euros due to the limited supply of natural gas from Russia.

A plan to rescue the ailing company must be found in the coming days or, at most, weeks in order to prevent it from becoming insolvent.

Tuppurainen said Fortum is a company of strategic interest in regards to electricity production in Finland.

“We want to make sure the company can continue operating profitably, that our values as owner are preserved and that this arrangement causes no extra, needless costs to Finnish taxpayers,” she commented according to Helsingin Sanomat.

She estimated before the committee hearing that the company made the right decision in the circumstances to support its subsidiary with an eight-billion-euro credit facility in January. Uniper has already drawn down almost all of the credit, meaning the arrangement will likely result in some losses for the parent company.

“The company’s board and executive management shouldered their responsibility for the difficulties of a subsidiary,” summed up Tuppurainen.

Sanni Grahn-Laasonen (NCP), the chairperson of the Parliament’s Commerce Committee, stated before the hearing that the committee is seeking clarification on how the interests of taxpayers are protected and what kind of an agreement could be reached to minimise the impact on taxpayers. Finnish taxpayers, she underlined, should not have to pay for energy-policy mistakes made in Germany.

“It’s a question of who’ll pay for this,” she said, estimating that the situation is a consequence of three factors.

“The first of those is the war instigated by [Russian President Vladimir] Putin. The second reason is the faulty choices made in German energy policy. The third reason is the Uniper acquisition made by Fortum’s management,” said Grahn-Laasonen.