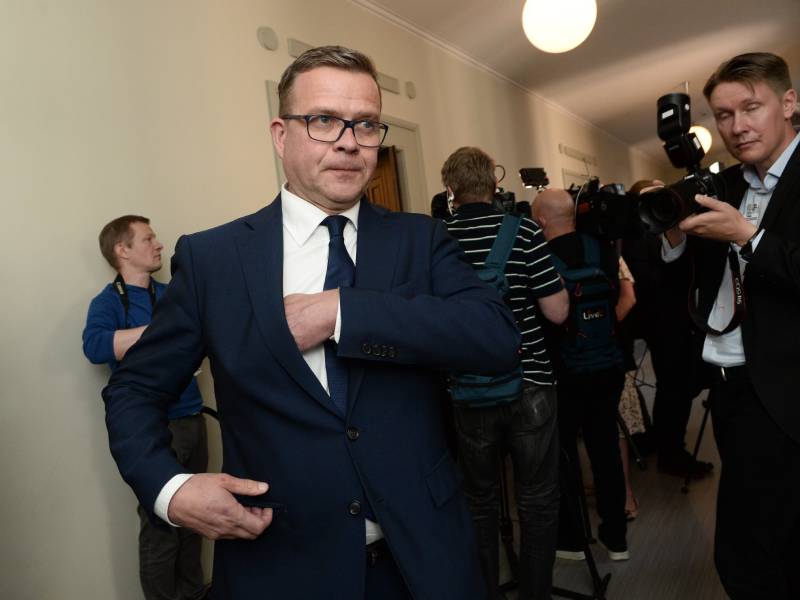 Petteri Orpo, the chairperson of the National Coalition, was photographed leaving an extraordinary parliamentary group meeting in Helsinki on 21 June 2022. The National Coalition continues to perform well in polls under the stewardship of Orpo. (Mikko Stig – Lehtikuva)

THE DIFFERENCE between the National Coalition and Social Democrats shrank by a percentage point to four points between June and July.

The National Coalition appears to be relatively unaffected by the controversy surrounding Wille Rydman (NCP), a second-term Member of the Parliament from Helsinki. Helsingin Sanomat in June reported that the 36-year-old lawmaker has been accused of harassment by several young women.

The National Bureau of Investigation (KRP) announced last week it has opened a pre-trial investigation into an unspecified sex crime that is believed to have occurred in 2015. Rydman has denied the allegations and lodged a request for inquiry into Helsingin Sanomat.

“The case doesn’t seem to have at least a major direct impact on support for the National Coalition,” said Nurmela.

He also drew attention to the fact that the ruling coalition has enjoyed the support of at least 50 per cent of the public throughout its tenure. Support for the five ruling parties rose by almost a point to 53.6 per cent over the past month, driven especially by a jump of 0.9 points in support for the Green League (9.8%).

The Left Alliance and Swedish People’s Party registered gains of 0.2 and 0.1 points to climb to 7.7 and 4.6 per cent, respectively. The former seems to have struggled due to the debate about Nato.

Support for the Centre has continued on a downward trajectory, falling by 0.6 points to 12.2 per cent in July. The agrarian ruling party has seen its popularity diminish by 1.1 points in the past two months, to its lowest level in over a year. Nurmela viewed that the party has the potential to increase its popularity as the parliamentary elections inch closer.

“It’s not set in stone that this will happen, but it’ll take a lot of work from the party,” he said.

Kantar TNS interviewed 2,460 people for the poll between 13 June and 12 July. The parliamentary elections are scheduled to take place on 2 April 2023.