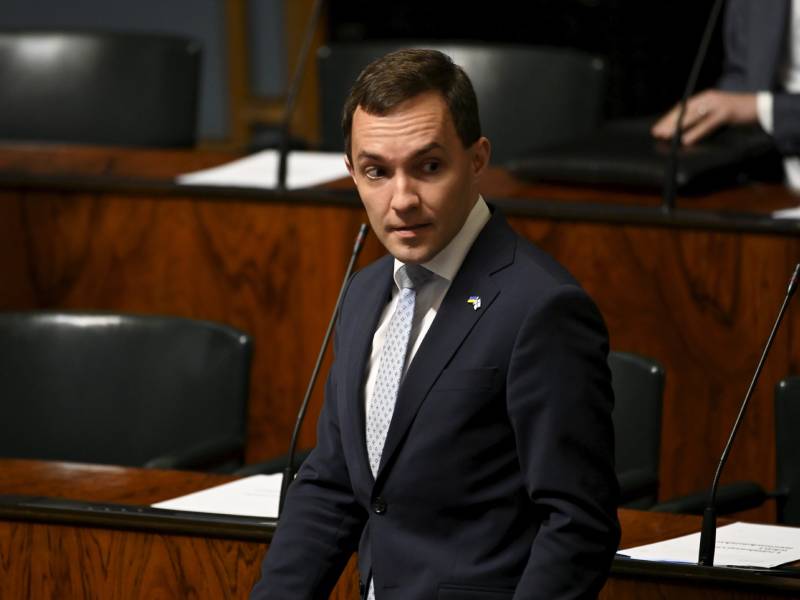 Wille Rydman (NCP) attended a plenary session in the Finnish Parliament on 4 July 2022. Rydman on Monday announced he has submitted a report of an offence to police over an article published by Helsingin Sanomat in mid-June. (Vesa Moilanen – Lehtikuva)

WILLE RYDMAN, a former member of the National Coalition Parliamentary Group, on Monday announced he has asked the police to investigate an article published by Helsingin Sanomat on 19 June, reports Helsingin Sanomat.

Helsinki Police Department confirmed to the newspaper that it has received a report of an offence related to the article but did not disclose the source of the report.

Helsingin Sanomat in June wrote that Rydman has been accused of harassment and inappropriate conduct by several young women, citing not only the women themselves but also documents gathered during a police investigation.

Rydman has denied the allegations made against him. He characterised the article yesterday as stigmatising and stated that the authors had been shown “numerous pieces of evidence” indicating that the narrative of the story is incorrect.

“I obviously would’ve preferred not to get involved in this, but given that the [newspaper] did what it did I’m perfectly fine that we review the facts exhaustively. We’ll see then who’s speaking the truth and who isn’t,” he said on Twitter on Monday.

Anu Ubaud, an editor-in-chief at Helsingin Sanomat, said the article was thorough and carefully written.

“The incidents described in the story are accurate, and the described issues are related to Rydman’s position and activities in politics. The story and the topic are of societal importance,” she commented.

The National Coalition Parliamentary Group on 22 June announced it no longer has confidence in Rydman, prompting the 36-year-old lawmaker to step down as a member of the group and relinquish all roles he has been appointed to by the group, meaning his membership in the Parliament’s Constitutional Law Committee, Finnish Delegation to the Nordic Council and Parliamentary Auditors.

He has also resigned from the party’s councillor group at the City of Helsinki.