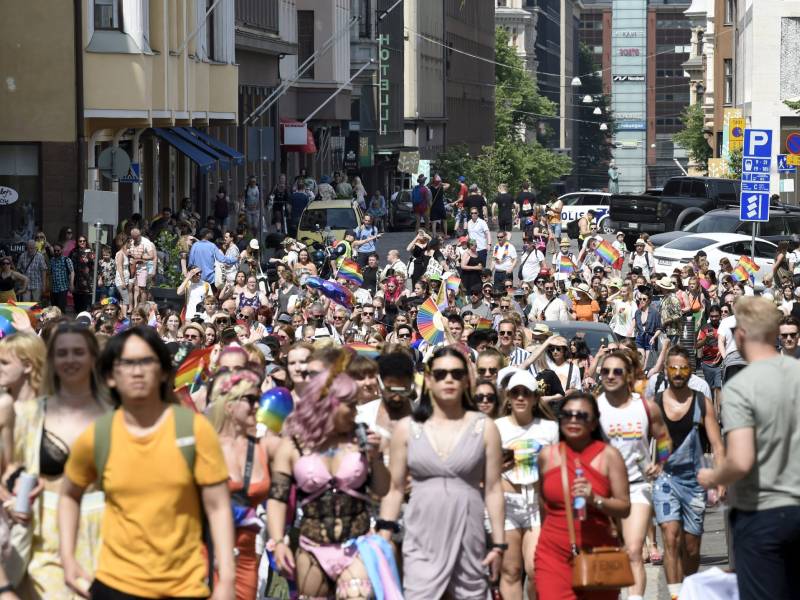 RIIKKA PIRKKALAINEN, the party secretary of the Centre, says she does not recognise the claim that the party was silent about the rights of gender and sexual minorities during the week-long Pride Festival.

Helsingin Sanomat on Saturday reported that some members of the centrist agrarian party are of the view that the party has not done enough to promote the rights.

Pirkkalainen on Monday stated to the newspaper that she is surprised by the criticism. Statements from Centre Party members, she viewed, were “more visible” this year than they have been “in a long time”.

“Already at the beginning of Pride Week, chairperson Annika Saarikko and deputy chairperson Riikka Pakarinen issued their own updates and statements on the themes of Pride Week, for equality and non-discrimination. I myself took part in Pride Parade, and there was an unusually lot of marketing paid by the party around the event,” she said.

“To say we’ve chosen to be silent is simply not accurate.”

Saarikko called attention to the event in a tweet she sent to condemn the deadly attack targeted at a gay bar in Oslo, Norway.

No statements related to the themes of the event were shared on the social media accounts of the Centre, according to Helsingin Sanomat. Pirkkalainen said the decision not to share statements about such themes was not a conscious choice.

“This year, we communicated through people. I didn’t realise that someone could think it’s significant that the chairperson’s statement, for example, wasn’t shared on the party’s accounts,” she commented.

“I don’t quite understand why it would’ve been specially important to [communicate on social media] as we were participating in other ways.”