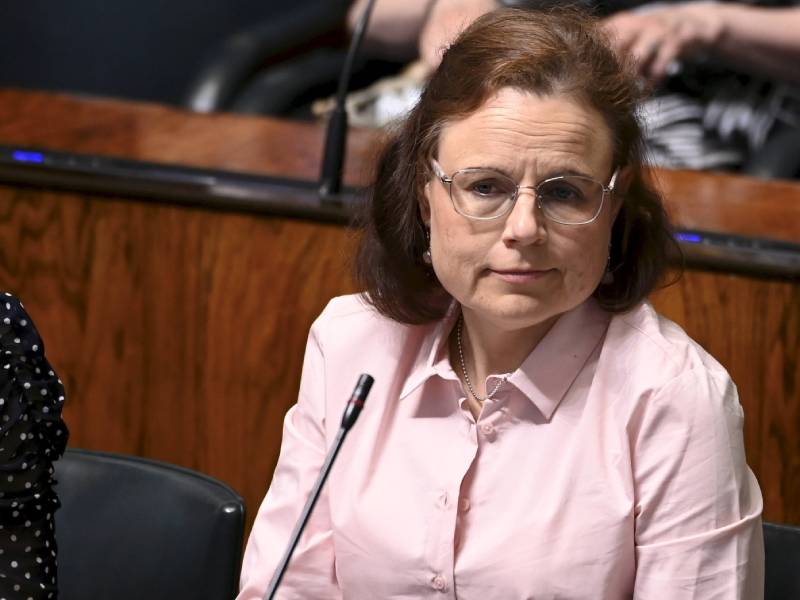 Mia Laiho (NCP) attended a plenary session in the Finnish Parliament on 22 June 2022. She believes there is readiness to move forward quickly with, for example, the proposal to do away with the stipulation that referrals from two physicians are required to access abortion services. (Heikki Saukkomaa – Lehtikuva)

A CITIZENS’ INITIATIVE to revise the act on the interruption of pregnancy is moving forward in the Finnish Parliament, reports Helsingin Sanomat.

Markus Lohi (Centre), the chairperson of the Parliament’s Social Affairs and Health Committee, on Monday stated to the daily newspaper that the committee is set to finalise its report on the initiative in September.

A decision on the report is then to be taken in a plenary session of the Parliament.

The citizens’ initiative lays down several revisions to the act dating back to the 1970s. While it is unlikely that the initiative will be passed as is, lawmakers could move forward with some of the proposed revisions rather quickly, according to Mia Laiho (NCP), a deputy chairperson of the Social Affairs and Health Committee.

“It’s my understanding that the vast majority of the committee supports revising the law in some respects. A more broader reform that requires more work would be needed in future,” she said to Helsingin Sanomat.

Laiho stated that majority support should be found, for example, for the proposal to remove the stipulation that referrals from two physicians are required to terminate a pregnancy. Also members of other parties indicated to the newspaper that the necessary support is likely to be found for doing away with the requirement.

“This is the clearest issue where a quick revision is needed. Making an assessment from one physician enough would streamline the process,” said Laiho.

The Green League, Left Alliance, Movement Now, National Coalition, Social Democrats and Swedish People’s Party have previously expressed their support for the aims of the citizens’ initiative. While the Centre and Finns Party have been divided, the only group that outright opposes the initiative has been the Christian Democrats.

“The abortion laws should be reformed, but I think the reform should be in the exact opposite direction than in this initiative: to support children’s right to life and protect the freedom of thought for health care staff,” Päivi Räsänen, the chairperson of the Christian Democratic Parliamentary Group, argued during a referral debate on the initiative in May 2021.

Other lawmakers are ready to go further than the initiative. Saara-Sofia Sirén (NCP) on Sunday tweeted that she has finalised a proposal to define the right to abortion as a constitutional right.

The debate surrounding abortion has re-emerged in Finland following the overturning of Roe v. Wade, a 1973 ruling that established a federal constitutional right to abortion, by the US Supreme Court on Friday. Abortion has since been banned in at least seven states, with trigger laws set to take effect in many others, according to The New York Times.

State lawmakers, though, are already facing legal challenges in seeking to prohibit abortion services. A Louisiana judge, for example, blocked the state’s trigger law to allow abortions to resume on Monday.