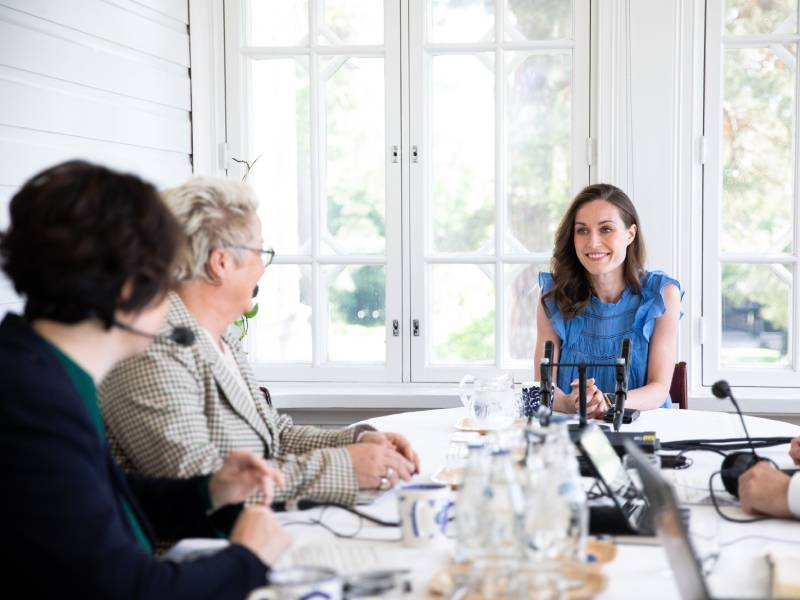 PRIME MINISTER Sanna Marin (SDP) and Minister of Finance Annika Saarikko (Centre) have questioned the pay demands of the Finnish Union of Practical Nurses (Super) and Union of Social and Health Care Professionals in Finland (Tehy).

Super and Tehy have refused to become party to the collective bargaining agreement ironed out in the municipal sector in June, saying they are preparing mass resignations in pursuit of higher raises than other sectors.

“This is naturally not something we’re hoping for or want,” Marin commented on YLE Radio Suomi on Sunday. “My view is that the solution found in the municipal sector is one that nurses could’ve well taken. I hope they’ll join this agreement.”

Saarikko told Helsingin Sanomat on Wednesday that also she is puzzled at the refusal of the two unions to accede to the agreement.

“The conciliation board’s proposal was highly unusual: it contained a multiyear wage programme, which I believe is something nurses had called for. If the only objective is to get more than others on some principle, that’s obviously something the agreement didn’t offer,” she analysed.

The two cabinet members had previously refrained from commenting directly on the long-running labour dispute.

Labour market organisations in the municipal sector agreed about two weeks ago on a collective bargaining agreement that establishes the terms and conditions of employment for around 300,000 employees for the next three years. The agreement includes a five-year wage programme that guarantees employees pay increases that are roughly a percentage point higher than those in key export industries.

Super and Tehy have called for a five-year programme that guarantees their members annual raises of 3.6 per cent in addition to the so-called general pay increases defined by export industries.

The unions have justified their demands by pointing to the need to enhance the appeal of the sector in the face of a nationwide nursing shortage. They have directed their demands not only at employer organisations but also at the government.

“Only the Finnish government can provide the funding,” Silja Paavola, the chairperson of Super, stated in May.

The government remains reluctant to give in to the demands, judging by the comments of Marin and Saarikko, analysed Helsingin Sanomat.