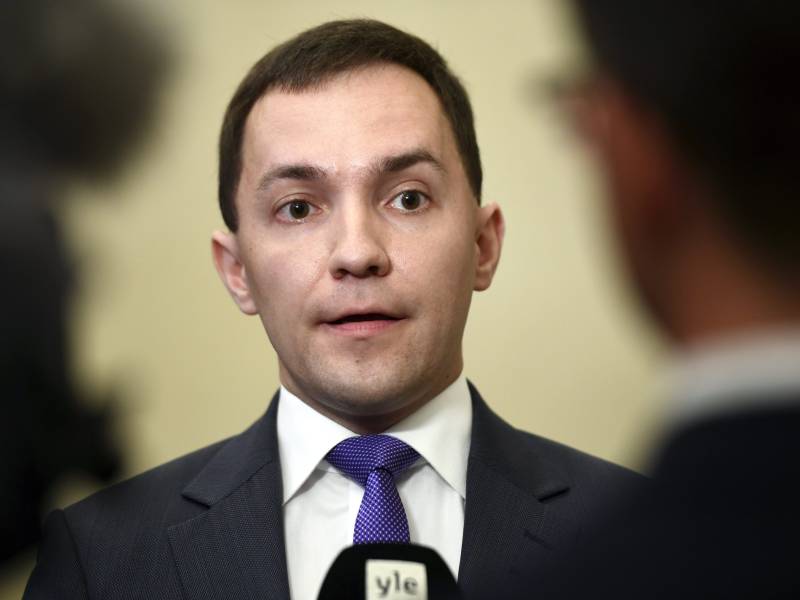 THE PARTY SECRETARY of the National Coalition, Kristiina Kokko, on Monday estimated that police and authorities should take another, closer look at the allegations of improper conduct made against Wille Rydman (NCP), a 36-year-old second-term Member of the Finnish Parliament.

Helsingin Sanomat on Sunday revealed that several women have accused the policy-maker of pressuring them to drink and making sexual overtures.

Rydman, their accounts suggest, has taken advantage of his political status in pursuing contact with girls and young women. He has held several influential posts during the alleged incidents, including the chairperson of Youth of the National Coalition Party, councillor at the City of Helsinki and member of the Parliament’s Constitutional Law Committee.

The daily underlined that the article does not claim that any crime has taken place, as such determinations should be made by authorities, but seeks to discuss what kind of activity is acceptable from a person wielding considerable political power.

Rydman has denied the allegations in his blog and on social media, telling the newspaper that he is the target of a smear campaign.

His conduct was the subject of a pre-trial inquiry by the National Bureau of Investigation (KRP) in 2020. The inquiry encompassed many but not all of the accounts featured in the in-depth article by Helsingin Sanomat.

The matter should be re-investigated particularly because some of the alleged improper conduct was directed at minors, according to Kokko.

“Only police have the possibility and know-how to conduct a more detailed investigation, and that’s why we strongly hope that the authority is able to look into the matter further,” she commented to Ilta-Sanomat on Monday.

Kokko on Monday said on YLE A-studio that the actions detailed in the article violate the values and ethical guidelines of the National Coalition. She declined to speculate on what conclusions could be drawn later this week by the parliamentary group and councillor group at the City of Helsinki.

“I’m sure there’ll be consequences,” she said.

She added that she had heard about the allegations earlier but not in the scope laid down by Helsingin Sanomat. Rydman, for example, was summoned to discuss the allegations in 2020, but no further action was taken because he denied the allegations and police had discontinued their pre-trial investigation.

The article has provoked a reaction from many senior members of the National Coalition.

Chairperson Petteri Orpo told YLE that he is shocked by the possible scope, level of detail and serious nature of the conduct described in the article. “I’m taking this very seriously – very seriously. I don’t tolerate any kind of harassment – not abuse of a position of power, not sexual harassment.”

The National Coalition’s leadership, he said, reviewed its information about the allegations in extraordinary meetings held on Sunday and Monday.

Orpo viewed that the question at hand extends beyond how an elected representative has conducted himself in private. “This includes a very strong moral dimension: how to behave? It has to be evaluated. I want to make sure that the bedrock of democracy, meaning party politics, is safe for everyone.”

Elina Valtonen, a deputy chairperson of the National Coalition, said the conduct described in the article is on the whole “repulsive”.

“Words aren’t enough. The most serious aspect is harassment possibly directed at minors. That’s a serious thing even as a suspicion. The scope of the activity and its apparently systematic nature is chilling.”