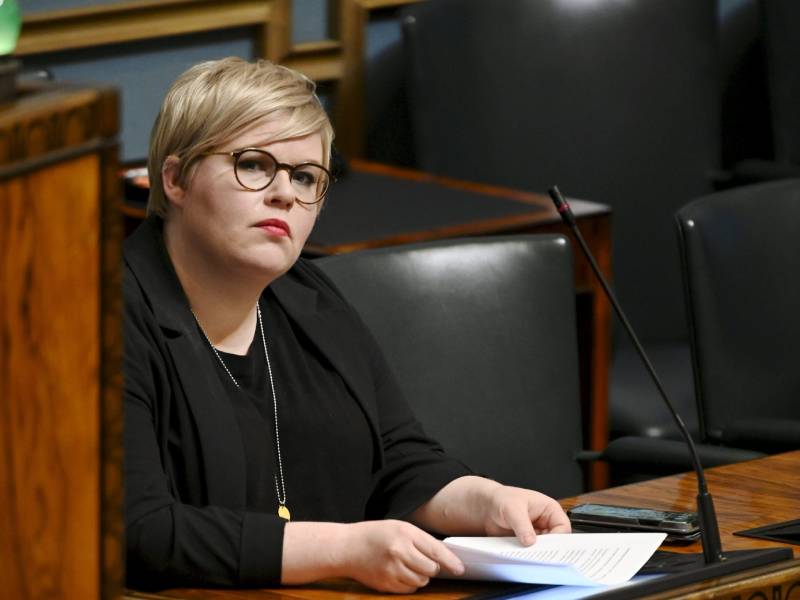 MINISTER of Finance Annika Saarikko (Centre) has floated reducing the fuel tax, income tax and value-added tax on food as possible cures for the deteriorating purchasing power of Finns.

With consumer prices soaring at a rate of six per cent, wages rising by only a few per cent and the interest rates on housing loans starting to climb, the ruling quintet finds itself in a conundrum – the eroding standard of living is not a particularly captivating theme for the upcoming parliamentary elections, STT wrote on Tuesday.

“I’ll say it directly that a reality where we carry out all these isn’t feasible,” Saarikko stated to STT.

Saarikko, the news agency reported, has floated the possibility of lowering the income tax also earlier but stopped short of making any promises, despite the justification for such a measure becoming sounder.

“You naturally have to also think about where the state can get its income if the income tax is lowered. That’s when also other responsible stakeholders in society must make sure they do their part,” she said, pointing to stakeholders such as labour market organisations.

The Finnish labour market situation is challenging. Labour market organisations have yet to find an agreement on the wages of nurses and collective bargaining talks are scheduled to start in the private sector in the autumn. Trade unions have bickered with each other, each taking turns to declare it will settle for nothing less than is promised to other unions.

“The Ministry of Finance is naturally preparing for the autumn, and we’re watching discussions about the upcoming round of wage talks with concern. I doubt I’m the first minister of finance to plead for wage moderation, but I’m pleading for it emphatically.”

History, she reminded, has shown what could happen if labour market organisations are too aggressive.

“Because energy prices are the reason for the [current] inflation, it isn’t good to accelerate inflation further with high wage agreements. Inflation is a cycle, and it should be avoided,” outlined Saarikko.

She revealed that she is increasingly certain that everyone of working age and ability should be working in Finland. The government has submitted its incomplete proposal for transferring employment services to municipalities and should make sure it can present the proposal for parliamentary consideration by the end of the electoral term, according to Saarikko.

“It’ll be close, but we have to find the time to do it. It’s a major structural reform the employment impact of which has been calculated by the Ministry of Finance,” she said to STT.

Saarikko viewed that it is crucial not to focus on individual employment measures but rather on fostering business confidence in the future and guaranteeing the availability of labour. The Centre, she underscored, is prepared to carry out the large-scale reforms required to increase work-based immigration.

“I don’t think this can be solved by the current Finnish Immigration Service (Migri). The agency’s purpose is to investigate obstacles, whereas now we’re trying to welcome talent. Things have moved in a better direction, but we need a major shift in thinking.”