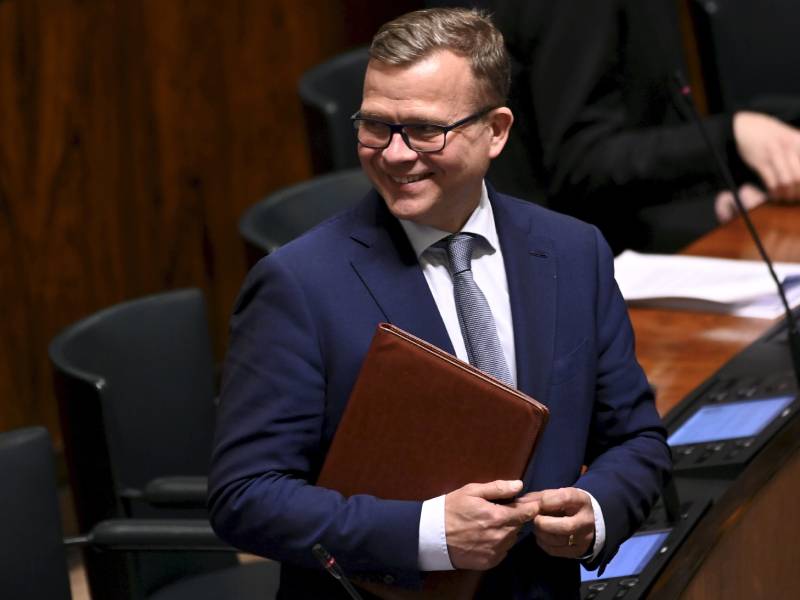 Petteri Orpo, the chairperson of the National Coalition, smiled during a question-time debate in the Parliament House in Helsinki on 2 June 2022. Support for the right-wing opposition party has returned close to the 26-per-cent mark after a momentary dip, shows the latest opinion poll conducted for YLE. (Heikki Saukkomaa – Lehtikuva)

POPULAR SUPPORT for the National Coalition has rebounded by 1.8 percentage points to 25.9 per cent, close to its all-time high, indicates the latest opinion poll conducted for YLE.

The Social Democrats registered a 0.8-point and the Finns Party a 0.3-point increase in popular support.

Tuomo Turja, the research director at Taloustutkimus, told YLE on Thursday that he expects the differences to even out once parties hit the campaign trail ahead of the parliamentary elections scheduled for April 2023.

“The Centre’s election win in 2015 is a good example of this,” he stated to the public broadcasting company. “The party had an approval rating of 26.8 per cent in December 2014. Its win in the parliamentary elections was significantly smaller. The differences between parties will become narrower as we edge closer to the elections.”

Support for the Centre fell by 1.4 points to 12.1 per cent, primarily benefiting the National Coalition.

“The Centre’s decline isn’t too dramatic. The Centre’s support has see-sawed between 12 and 13 per cent. For some reason, it seems that every other month its support increases a bit and every other drops,” analysed Turja.

The National Coalition has benefited especially from the public debate surrounding the Finnish and Swedish bids to join Nato. Support for the right-wing opposition party exceeded the 26-per-cent mark in the early stages of the debate after surging by 3.5 per cent in a month, likely reflecting its long-standing stance in favour of the defence alliance.

“The National Coalition’s best weeks occurred in the weeks after the application was submitted, even though the party had very strong weeks also in other respects.”

The underlying data also shows that support for the party has increased particularly among older voters, who according to surveys have been more widely in favour of the membership than younger ones.

Taloustutkimus interviewed 2,899 people for the opinion poll on 4–31 May. More than two-thirds (2,054) of the people contacted were able and willing to disclose which party would receive their vote if the parliamentary elections were held now.