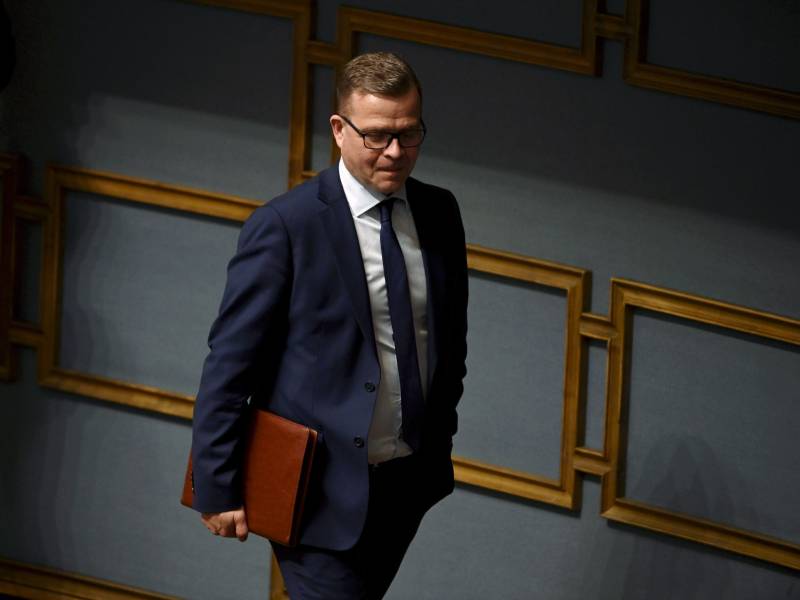 Petteri Orpo, the chairperson of the National Coalition, attended a question-time debate in the Parliament House in Helsinki on 12 May 2022. Support for the right-wing opposition party remains at a level of its own, reveals an opinion poll commissioned by Helsingin Sanomat. (Antti Aimo-Koivisto – Lehtikuva)

THE NATIONAL COALITION has held on to its status as the most popular political party in Finland.

Helsingin Sanomat on Wednesday revealed that its latest opinion poll indicates that the right-wing opposition party would win 24.1 per cent of the votes if the parliamentary elections were held today, emerging as the largest party by the comfortable margin of almost 5.5 percentage points over the Social Democrats.

Although the National Coalition failed to make any gains from the previous poll, it widened its lead at the top of the poll thanks to a 0.8-point drop in popular support for the Social Democrats (18.7%).

The Finns Party saw its popularity increase by 1.2 points to 15.4 per cent, signalling the end of a downward trend that had begun in late 2021. Support for the populist right-wing opposition party is currently over 2.5 points lower than it was last November.