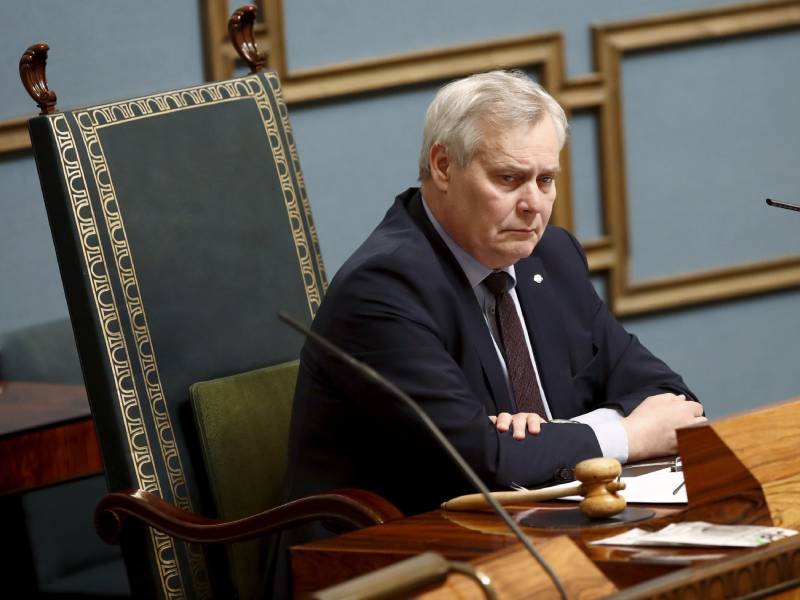 First Deputy Speaker of the Finnish Parliament Antti Rinne (SDP) listened as lawmakers articulated their thoughts on Finland pursuing membership in Nato in the Parliament House on Monday, 16 May 2022. (Roni Rekomaa – Lehtikuva)

FIRST DEPUTY SPEAKER of the Finnish Parliament Antti Rinne (SDP) struck his gavel shortly after midnight to signal the end of a referral debate on the Finnish bid to join Nato.

The debate had dragged on for more than 14 hours as over 200 lawmakers requested the floor to deliver a statement that reflected the deliberate but often also personal and emotional justification for their opinion, described YLE.

While lawmakers across party lines widely drew attention to the war experiences of their grandparents and expressed their firm condemnation of the war waged by Russia, many also reminded that the time will eventually come to start re-building cultural and economic ties with Russia.

“We aren’t building an iron curtain on the border between Finland and Russia, on the contrary,” said Ben Zyskowicz (NCP).

Katri Kulmuni (Centre) stated that even though the long land border between Finland and Russia will separate Nato and Russia, it should not be an obstacle to co-operation in another set of circumstances.

“Norway is a very active collaborator in the Arctic region,” she said.

Most of the lawmakers expressed their support for joining Nato. Many of them have changed their mind about the membership in the face of the new security environment brought about by the Russian invasion of Ukraine, with the deterrence effect of the membership now taking precedence over the risks associated with the membership.

Antti Lindtman, the chairperson of the Social Democratic Parliamentary Group, stated that lawmakers also explored other options for beefing up the security of Finland.

“It’s clear that we’re looking for greater protection than that brought by the European Union. Possible bilateral defence agreements also don’t offer enough protection,” he told. “On the other hand, a collaborative agreement with Britain or the US would tie us closer to the policies of a single nation than in the multilateral Nato.”

Mari Holopainen (Greens) urged Finland and Sweden to utilise their possible memberships to promote human rights within the defence alliance, reminding that the world has no shortage of blocs where democracy and human rights are not respected.

“Nato has a lot of countries that respect them. Nato is formed largely by EU countries,” she highlighted. “We could be an authority of reason also in Nato. When Finland and Sweden apply to join Nato, also Nato will become a bit more like the Nordics.”

Merja Kyllönen (LA) reiterated her worry that the membership would make Finland susceptible to pressure to take part in future wars waged by the US.

The debate was opened by Prime Minister Sanna Marin (SDP).

“The only country that’s openly waging a war of aggression and threatening European security is Russia,” she stated. “I believe I’m speaking for many of us when I say it’s our shared responsibility to safeguard Finland’s independence, Finland’s inviolability and Finns’ ability to live their lives in peace and safety.”

Members of the Parliament are expected to vote in favour of filing the membership application later today, according to the public broadcasting company.