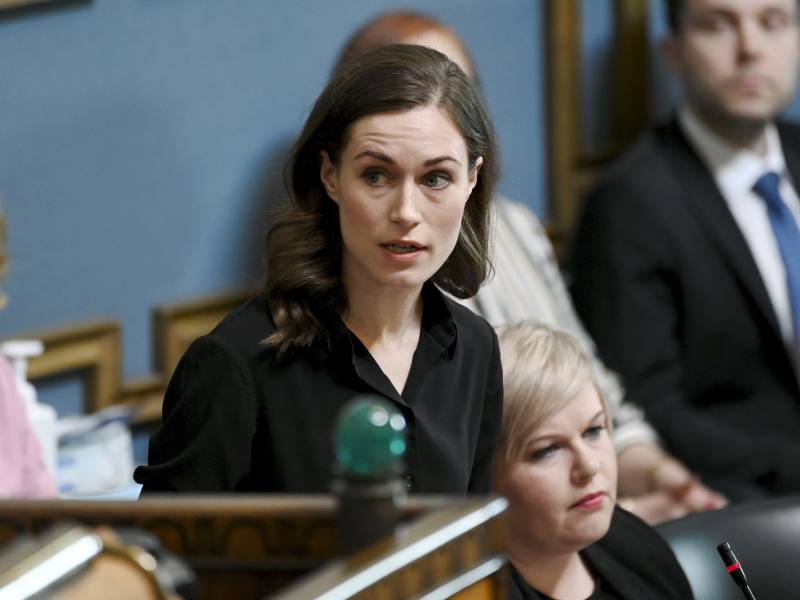 Prime Minister Sanna Marin (SDP) had the floor as lawmakers debated Finland’s bid to join Nato in the Parliament House on Monday, 16 May 2022. (Emmi Korhonen – Lehtikuva)

PRIME MINISTER Sanna Marin (SDP) has expressed her bafflement at the change of heart Turkey has had about the Finnish and Swedish bids to join Nato.

“Previously, Finland has been assured that Turkey wants to neither place any obstacles to Finland and Sweden’s possible Nato memberships nor complicate the process,” she commented on YLE A-studio on Monday.

Turkish President Recep Tayyip Erdoğan on Monday indicated that Turkey would only approve the Finnish and Swedish applications to join the defence alliance if the two countries withdraw their support for what it deems are terrorist organisations, provide security guarantees and lift arms embargoes that apply to Turkey.

“We will not say ‘yes’,” he was quoted as saying by The Guardian on Monday. “Neither of these countries has a clear, open attitude towards terrorist organisations. How can we trust them?” he asked according to the BBC.

Turkey has accused both countries of harbouring people with ties to groups it considers terrorists, such as the Kurdistan Workers’ Party (PKK). TRT Haber, a Turkish news broadcaster, on Monday reported that Finland and Sweden had not approved of the repatriation of 33 people requested by Turkey.

Marin on Monday described the statements as concerning but called for patience in the situation. “I’m confident things can be resolved through dialogue,” she stated to the Finnish public broadcasting company.

Finland and Sweden are expected to submit their membership applications simultaneously within the next couple of days.