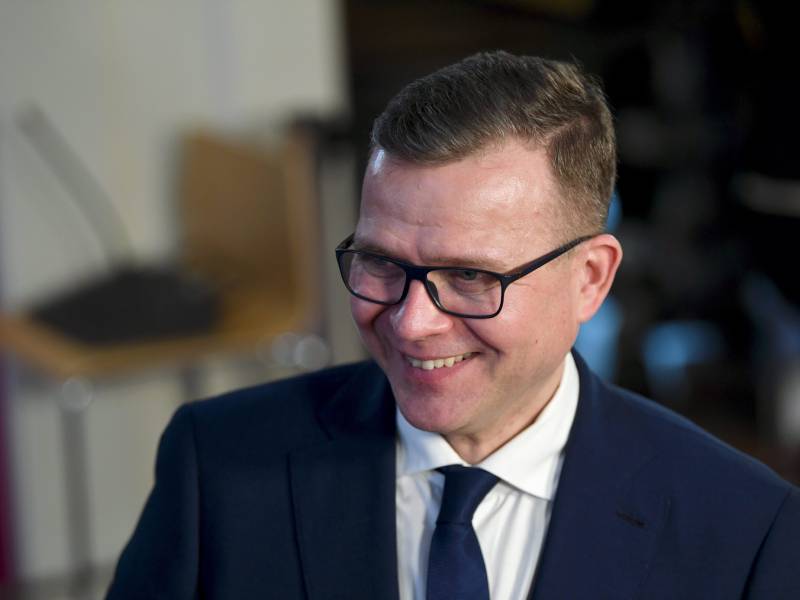 Petteri Orpo, the chairperson of the National Coalition, smiled as the results of the first county elections trickled in on 23 January 2022. (Antti Aimo-Koivisto – Lehtikuva)

THE NATIONAL COALITION has established a comfortable lead in opinion polls.

Popular support for the right-wing opposition party rose by 1.4 percentage points to 24.1 per cent – its third highest level since the first half of 1991 – between mid-March and mid-April, according to an opinion poll conducted for Helsingin Sanomat by Kantar TNS.

Sakari Nurmela, the research director at Kantar TNS, said the party appears to have consolidated its ranks over the ongoing debate over membership in Nato and the war in Ukraine.

The party, he added, appears to have benefited from the time its main rivals, the Finns Party and Centre Party, have needed to formulate their position on the question of military alignment.

Nurmela also called attention to the unusual nature of the security policy-influenced political debate in Finland. “We haven’t had this kind of a situation for a while in this country. I’m sure many citizens are confused about what to think. This also isn’t easy for decision-makers who aren’t experts in security policy because of the brisk rate the issues have developed.”

The Social Democratic Party consolidated its position as the second most popular party in the country with an up-tick of 0.5 points to 19.6 per cent, a level that is two points higher than its vote haul in the parliamentary elections in 2019.

Both the Finns Party and the Centre Party saw their popularity slip, the former dropping 0.5 points to 14.2 per cent and the latter 0.8 points to 12.4 per cent.

Support for the Green League fell by 0.2 points to 9.0 per cent, its lowest level during this electoral term. With most members of the ruling party in favour of joining Nato, the cause of the decline likely lies somewhere else, according to Nurmela.

The Left Alliance saw its popularity drop by 0.4 points to 8.1 per cent. Nurmela said the left-wing party finds itself in an intriguing position, having managed to keep its approval rating at a “reasonable level” despite being divided on the hottest issue of the day: a third of the party’s supporters are in favour of, a third opposed to and a third undecided on Nato membership.

“The Left Alliance’s popularity hasn’t shown any signs of being affected by the Nato discussion,” he remarked.

The Swedish People’s Party gained 0.1 points and the Christian Democrats 0.3 points to rise to 4.5 and 3.6 per cent, respectively. Movement Now contrastively saw its popularity dip by 0.1 points to 2.6 per cent.

Kantar TNS interviewed 2,612 people for the poll between 13 March and 14 April. The respondents were asked to disclose which party would receive their vote if they had to cast their vote today for the parliamentary elections.