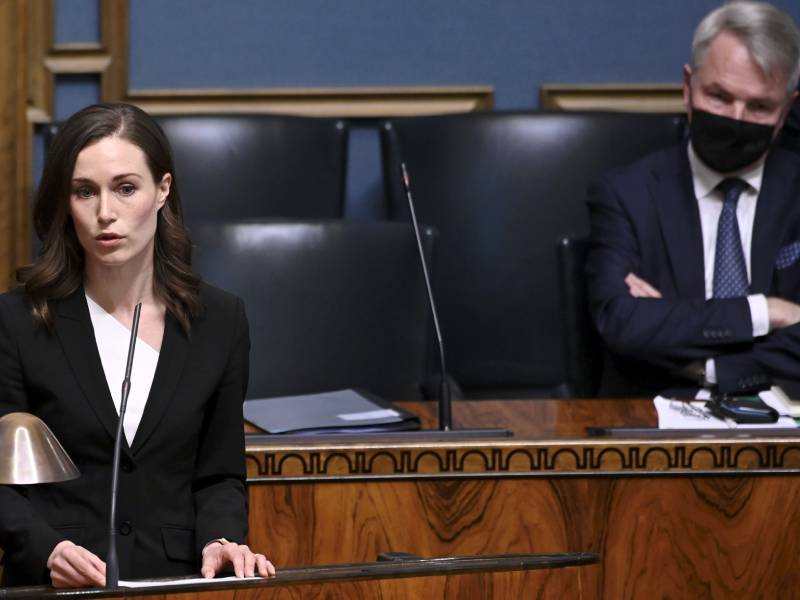 THE FINNISH PARLIAMENT on Wednesday began its much-anticipated debate over the possibility of submitting a membership bid to Nato, reports STT.

Minister for Foreign Affairs Pekka Haavisto (Greens) opened what would be a session that dragged into the early hours of this morning by reiterating that Finland and Sweden moving roughly in step with one another is important as it would make it easier to prepare for possible reactions from Russia.

The debate is based on a white paper drafted by the government on changes in the security environment of Finland.

Haavisto said Russia has become less risk averse and demonstrated its readiness to even undertake operations that carry a significant risk also for itself. It is important, he stressed, that the fact that there can be no return to the old is recognised.

Prime Minister Sanna Marin (SDP) estimated that the time for decisions has come but declined to disclose her own position on the membership issue.

The Green Parliamentary Group is in favour of pursing membership in the defence alliance, stated chairperson Atte Harjanne. “No matter how you arrange the milestones of recent history, it’s now completely clear that Russia is ready to use brutal military force on a large scale to promote its delusional goals and has no regard whatsoever for human dignity or even treaty-based co-operation,” he said.

Antti Häkkänen, the deputy chairperson of the National Coalition, re-affirmed the opposition party’s long-standing position by saying Finland should seek to become a fully fledged member of Nato. The Parliament, he also proposed, should suspend processing non-urgent issues for a couple of weeks to focus exclusively on Nato.

“Suspending unnecessary issues for a couple of weeks would give each representative enough time to form their own position without delay,” he said.

One of the more critical statements was delivered by Jussi Saramo, the chairperson of the Left Alliance Parliamentary Group. He argued that the negative effects of the application process and membership have not received sufficient attention in Finland.

“The strongest argument for Nato membership is that it’d raise the threshold of an attack on Finland; it’s just as clear that applying for the membership alone would raise tensions,” he said.

Several members of the ruling left-wing party have yet to disclose their position on the issue.