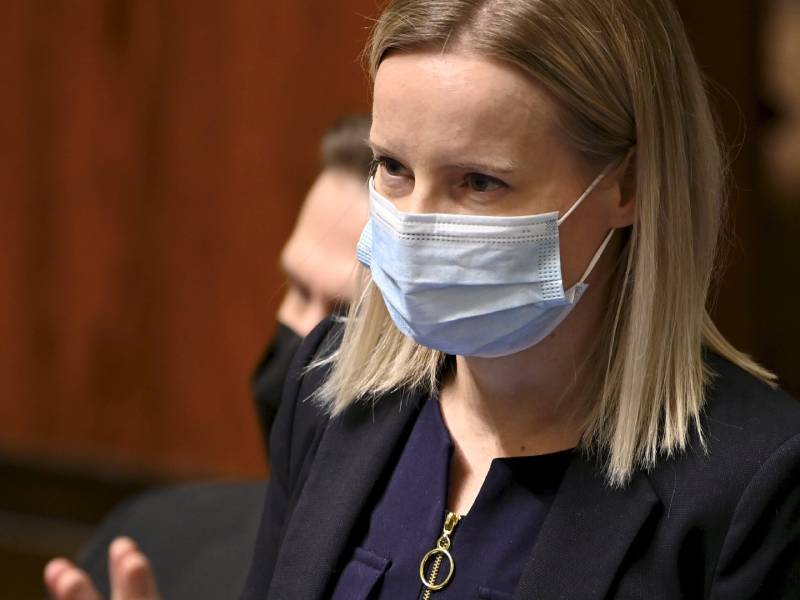 Riikka Purra, the chairperson of the Finns Party, asked a question during a question-time debate in the Parliament House in Helsinki on 10 March 2022. (Heikki Saukkomaa – Lehtikuva)

OPPOSITION PARTIES have disparaged the government for failing to make decisions on measures to rein in public debt at its newly concluded framework session.

“The government will be annually running up over seven billion euros in debt in the coming years, and it did not even look for genuine cost savings,” Riikka Purra, the chairperson of the Finns Party, analysed on Tuesday.

Purra labelled the 370 million euros in spending cuts announced by the government as insignificant.

The government, she underlined, should get its priorities in order. “For example, we are continuing to implement the world’s most ambitious climate policy and feeding hundreds of millions in development aid projects, such as climate change projects in Africa. The deep-rooted problems in the public economy that existed before the crises are written off with debt and taxes.”

The Finns Party also found fault with the decision to raise certain social security benefits, arguing that it does not alleviate the situation of wage earners who are struggling to cope with rising energy prices.

The opposition party expressed its support for the over two billion euros earmarked for defence spending in 2023–2026.

A similar analysis was offered by the National Coalition.

Kai Mykkänen, the chairperson of the right-wing opposition party’s parliamentary group, commended the government for raising defence spending and voiced his concern about the rising public debt burden, particularly in the prevalent inflationary landscape.

“Interest rates have already started rising. As a maths exercise: a rise of even one per cent would raise interest costs by a billion in the coming years,” he wrote. “It is now clear that the task of rescuing welfare services will be left to the next government.”