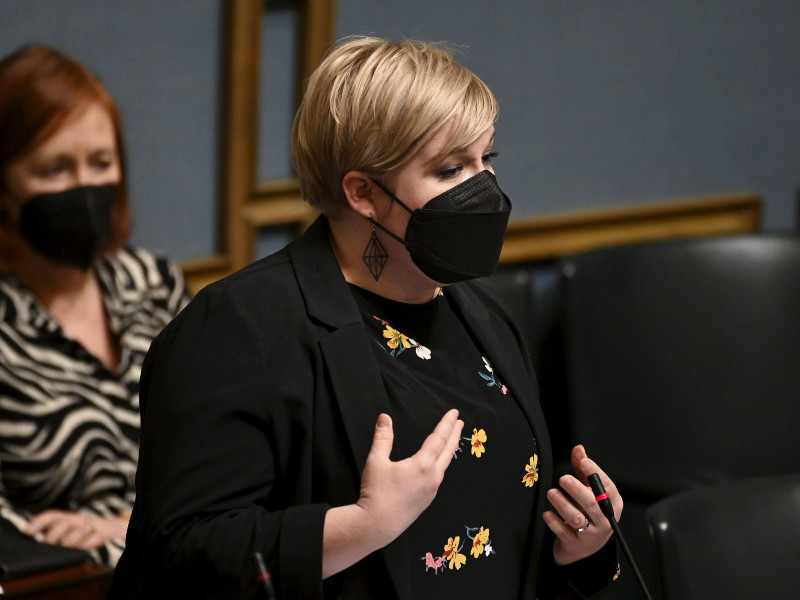 Minister of Finance Annika Saarikko (Centre) spoke during a question-time debate in the Finnish Parliament on 10 February 2022. (Vesa Moilanen – Lehtikuva)

THE CENTRE PARTY has continued its resurgence under the leadership of Minister of Finance Annika Saarikko, according to a poll commissioned by Helsingin Sanomat.

The populist right-wing party at one point held an over 10-point lead over the Centre.

The National Coalition and Social Democrats remain by far the two most popular political parties in Finland, with the former enjoying the support of 21.9 per cent (+0.5pps) and the latter 19.1 per cent (-0.2pps) of voters.

The National Coalition has held on to the top spot in the poll since last summer and rode its momentum to a win in the county elections held in January. Support for the Social Democrats appears to have settled at around 19 per cent after peaking at over 22 per cent in the early stages of the coronavirus pandemic.

Kantar TNS conducted 2,390 phone interviews for the poll between 17 January and 11 February. The respondents were asked to reveal which party would receive their vote if the parliamentary elections were held today. The poll has a margin of error of +/-2.1 points.

The next parliamentary elections are to be organised in April 2023.