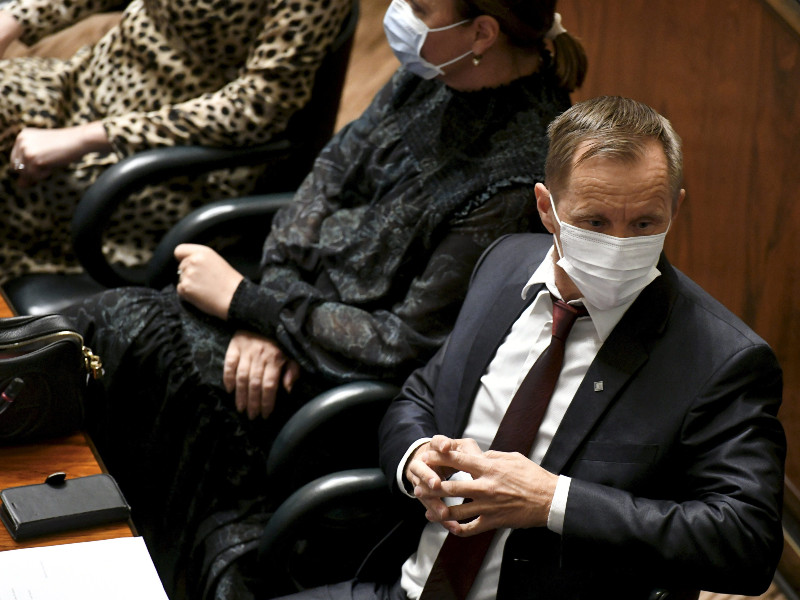 Mika Niikko (PS), the chairperson of the Parliament’s Foreign Affairs Committee, on Tuesday announced he is relinquishing the chairpersonship due to a “careless tweet” about Ukraine. (Heikki Saukkomaa – Lehtikuva)

“I openly admit that the tweet I published this morning was poorly formulated. It’s obvious that I support the sovereignty of Ukraine and foreign policy stance of Finland. Every country has a sovereign right to decide whether or not pursue Nato membership,” he wrote yesterday evening on Facebook.

“My fundamental concern is whether diplomacy will be enough to avoid full-blown war. Because of my careless tweet, I’m resigning as chairperson of the Foreign Affairs Committee in conjunction with its meeting tomorrow and let our parliamentary group fill the position,” he added.

Niikko on Tuesday tweeted that French President Emmanuel Macron or “someone else” should step before the media and “say Ukraine will not join Nato”.

“Doesn’t the West have a single wise head of state who knows Russia?” he asked.

Although he later deleted the tweet, it garnered widespread attention. Niikko was criticised for it, for example, by his fellow lawmakers during the opening debate of the parliamentary session on Tuesday.

Riikka Purra, the chairperson of the Finns Party, on Tuesday told STT that Niikko made the decision to step down independently, adding that in doing so he showed a willingness to accept responsibility for the mistake.

“The decision to resign was his own, but a lot of negative feedback about the tweet came from within the party,” she said. “The mistake had happened and it was no longer possible to fix it.”