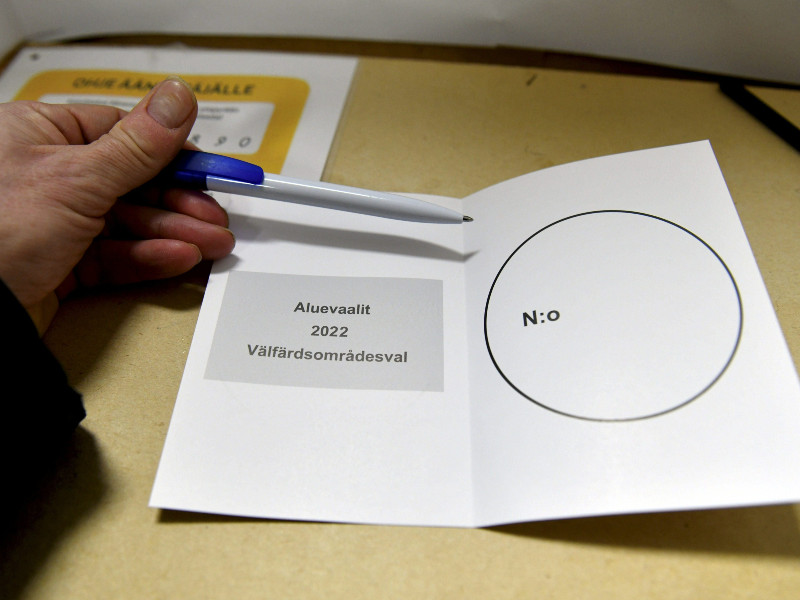 A voter examined the ballot paper in a polling booth in Suvela, Espoo, on Sunday, 23 January 2022. (Heikki Saukkomaa – Lehtikuva)

DOZENS OF MUNICIPALITIES were left without representation on the county councils in the county elections held in Finland on Sunday, 23 January.

Helsingin Sanomat on Monday reported that as many as 49 of the 309 municipalities in the country were set to be left without representation with 98 per cent of the votes counted shortly after midnight.

The municipalities had 8–21 candidates in the elections.

Helsingin Sanomat also wrote that the councils are, as expected, set to be dominated by the largest municipalities of each county.

Women clinched 53 per cent of nearly 1,400 available seats, despite having made up only 45 per cent of the 10,584 candidates who threw their hat into the ring for a seat on the county councils. The results are in stark contrast to those of the municipal elections of mid-2021, where 60 per cent of the seats were won by men and 40 per cent by women.