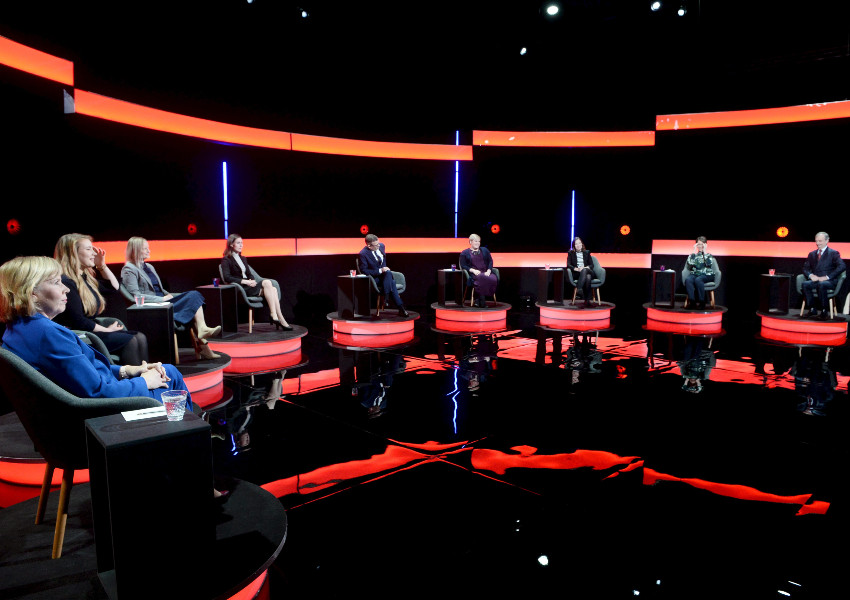 The chairpersons of nine parliamentary parties faced off in a county election debate organised on Tuesday, 18 January 2022, by MTV Uutiset. (Mikko Stig – Lehtikuva)

THE NATIONAL COALITION remains in pole position with only a couple of days until the county elections held in Finland on Sunday, 23 January.

Almost half (45%) of respondents were unable or unwilling to disclose which party they would vote for or indicated that they intend to abstain from voting altogether. The percentage is considerably higher than it was a few days before the most recent municipal elections, for example, according to the newspaper.

Slightly over half (52%) of respondents said they have already voted or will definitely vote.

“There’s potential here that voter turnout won’t be as catastrophic as the worst fears have been,” he commented.

Making predictions about the elections is particularly difficult because people will be heading to polling stations for the first time to elect councillors for the 21 counties established in the social, health care and regional administration reform. The so-called well-being services counties will take over the responsibility for organising social, health care and rescue services within their territory on 1 January 2023.

Helsinki was ruled outside the reform, meaning it will continue to organise the services for its residents. Residents of the Finnish capital are thus not entitled to vote in the elections.

This should benefit especially the Centre. Helsingin Sanomat highlighted that eliminating the votes cast by the residents would have boosted the party’s vote share by 1.9 percentage points in the municipal elections of 2021.

The Green League, by contrast, would have lost 1.5 points of its haul. Support for the ruling party stood at 8.3 per cent in the poll commissioned by Helsingin Sanomat.

Kantar TNS interviewed 2,002 people for the poll between 4 and 16 January.