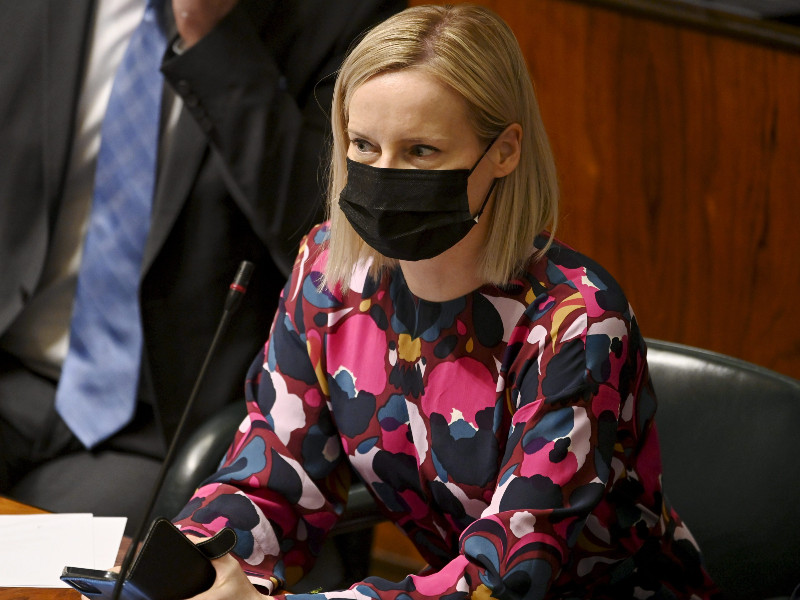 The Finns Party, led by Riikka Purra, has emerged as the second most popular political party in Finland, ahead of the Social Democrats, reveals a poll by YLE. (Antti Aimo-Koivisto – Lehtikuva)

POPULAR SUPPORT has increased for the two largest opposition parties in the Finnish Parliament, the National Coalition and the Finns Party, reveals the most recent opinion poll commissioned by YLE.

Support for the National Coalition, the poll shows, jumped by 0.8 percentage points to 18.7 per cent, its highest level since 2017.

The Finns Party registered a similar surge in support, rising from 17.9 to 18.7 per cent and clinching the second place ahead of the Social Democrats (18.3%).

YLE on Thursday estimated that the wave of support for the opposition parties may stem from the arrival of asylum seekers at the border between Belarus and Poland, the external border of the European Union. The opposition submitted an interpellation in an attempt to prompt the government to introduce the legislative amendments required to halt the receipt of asylum applications in such emergencies.

The ruling quintet responded by accusing the opposition of politicising the issue to an unprecedented level.

The Green League was the biggest loser of the poll as its popularity nosedived by 1.3 points to 10.1 per cent, the lowest level since 2015, after a short-lived upswing in October. A possible reason for the nosedive is the so-called taxonomy regulation, a classification system that establishes a list of environmentally sustainable economic activities in a bid to facilitate sustainable investment in the EU.

The Finnish government decided to oppose the regulation in spite of the support of the Green League and Left Alliance.

The Left Alliance and Swedish People’s Party saw their popularity fall by 0.4 and 0.6 points to 8.2 and 4.6 per cent, respectively. The Centre gained 0.6 points to 12.5 per cent but continues to poll below its vote share in the municipal elections organised in mid-2021.

“The Centre pulled off some kind of a defensive win in the municipal elections and got a boost from that, but now it’s gone,” analysed Jari Pajunen, the managing director at Taloustutkimus.

Taloustutkimus interviewed 2,411 people for the poll between 3 and 30 November.