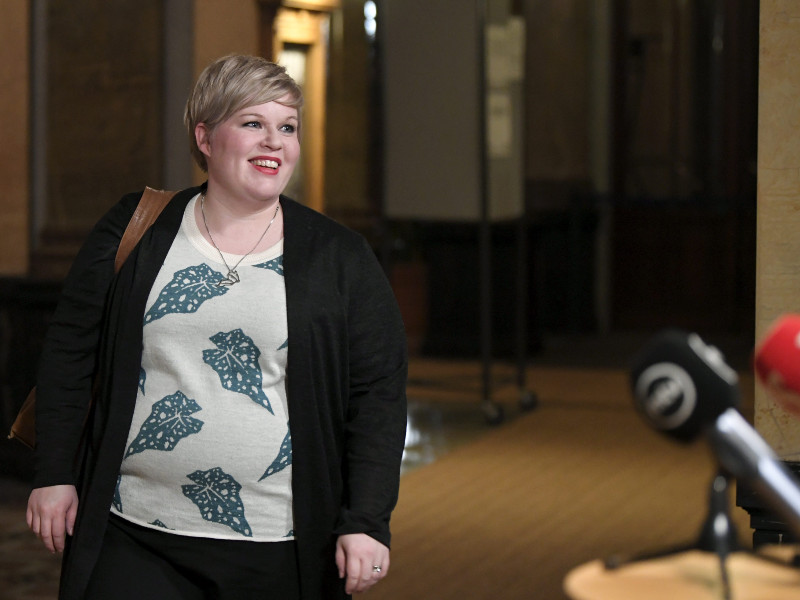 Minister of Finance Annika Saarikko (Centre) was photographed arriving for a government presser about the coronavirus epidemic in Finland in Helsinki on 10 November 2021. (Markku Ulander – Lehtikuva)

THE COALITION GOVERNMENT of Finland finds itself at an impasse over the taxonomy regulation of the European Union, reports Helsingin Sanomat.

The Ministerial Committee on European Union Affairs was supposed to make a decision on the draft regulation last week, but the five ruling parties failed to find an agreement in the preliminary discussions, resulting in the issue being withdrawn from the agenda.

The European Commission describes the EU taxonomy as a classification system that establishes a list of environmentally sustainable economic activities. The regulation deals particularly with what type of forest industry activities meet the sustainable-finance criteria of the 27-country bloc.

Finland has only three options: to back, oppose or vote blank on the regulation.

The ranks of the coalition government are divided as expected. The Centre and Swedish People’s Party oppose the draft regulation on grounds that it represents a too detailed intervention in national rights to decide on forest use. The Green League and Left Alliance view that the government should back the draft even though it is too watered-down from the perspective of sustainable development.

The Social Democratic Party has been left to find common ground between the two opposing camps.

Minister of Finance Annika Saarikko (Centre) stated to Helsingin Sanomat on Friday that the Centre will only be satisfied with a decision to oppose the proposal.

“This issue is so firmly a question of national interests that we can’t be a country without a stance in the EU. We’re now headed towards that. We simply have to solve this issue and the solution must be no. The Centre will only settle for an against stance,” she declared.

Voting against the draft is also about influencing future policy decisions, according to Saarikko. “A decision will soon be made on natural diversity, for example, and also it has problematic features from our viewpoint. This is about influencing that.”

The Centre, she pointed out, has backed enormous measures to combat the climate emergency in the EU. It is critical, however, that the government has the courage to stand its ground on matters of special national significance.

Saarikko gauged that the taxonomy regulation would alter the financial market for forests in a way that is unnecessary from the perspective of Finland. It would also augment the obligation to monitor and report on the climate sustainability of forest use in a way that would affect forest owners, financing and forest transactions.

“The proposal would only increase bureaucracy, and we can’t be certain that it’d help to combat climate change,” she argued.

“This doesn’t mean that we oppose everything in the proposal. No, we support many things in it and think that the goals of taxonomy are in the right direction. Also nuclear power should be incorporated into taxonomy in our view.”

The Social Democratic Party is striving to ensure a decision on the draft regulation is made quickly, even though the government does not have to announce its stance to the EU until 8 December.

The stance of the government is unlikely to have an impact on whether or not the regulation is passed, as it is very unlikely that more than half of member states oppose it, according to Helsingin Sanomat.