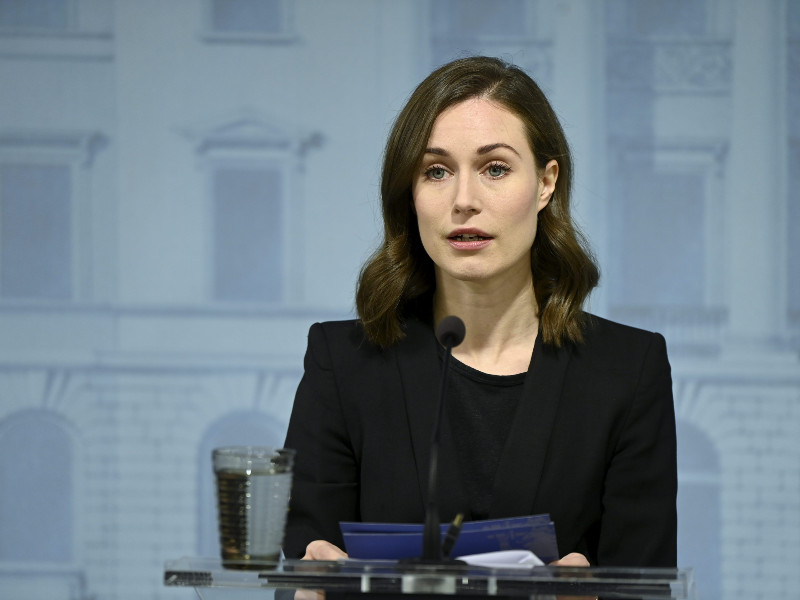 Support for Prime Minister Sanna Marin’s Social Democrats has jumped by 0.9 percentage points to 19.4 per cent, according to a poll by Helsingin Sanomat. (Antti Aimo-Koivisto – Lehtikuva)

A POLL by Helsingin Sanomat has found no changes in the pecking order between political parties in Finland.

The National Coalition has retained its position at the top of the poll despite seeing its over six-month surge in popularity come to a halt with a drop of 0.1 percentage points. The right-wing opposition party is presently projected to win 21.1 per cent of the vote if the parliamentary elections were held today.

Support for the Social Democrats jumped by 0.9 points to 19.4 per cent, representing its best result in the poll since April 2021. The Finns Party, in turn, is projected to win 18 per cent of the vote following a 0.2-point bump in popularity.

A total of 2,402 people were interviewed for the poll between 18 October and 15 November by Kantar TNS.

The poll results appear to contradict the results of a poll published by YLE on 4 November. Sakari Nurmela, the research director at Kantar TNS, declined to comment on other poll results but reminded that random variation is a natural characteristic of sample surveys.

“The polls have differed from one another from time to time, but the major trend has been pretty much the same,” he said to Helsingin Sanomat.

He also downplayed the significance of the so-called boomer post by Prime Minister Sanna Marin (SDP). It is nonetheless understandable, he added, that analysts were eager to read into the mildly controversial social media post given the usual shortage of such journalistic treats.

“The Social Democrats have picked up the pace in the past couple of weeks in our data,” said Nurmela. “It looks like people who didn’t disclose their stance after the municipal elections at the end of the summer have reinstated their support for the party. The number of people who refrained from disclosing their stance is now lower than it has been for a couple of months.”

“Ultimately it’s matters that are close to people that have an impact on popularity,” he added. “Things that affect your own well-being. That’s where I’d start looking for changes.”

Nurmela said the Centre’s woes appear to date back to the tenure of Juha Sipilä. “Issues have not been sorted out yet, and it’s being manifested as popularity trouble.”