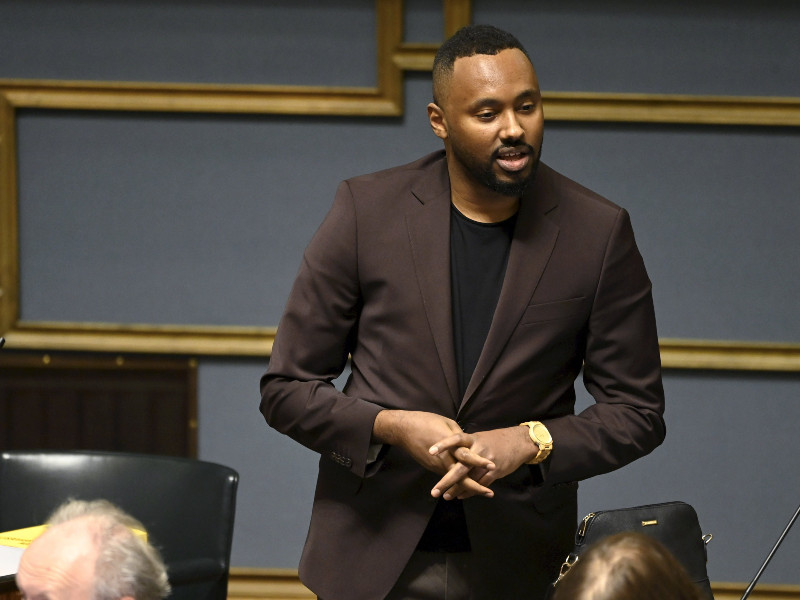 Suldaan Said Ahmed of the Left Alliance was photographed during a plenary session in the Parliament House in Helsinki on 27 October 2021. (Heikki Saukkomaa – Lehtikuva)

THE LEFT ALLIANCE on Thursday reported that a noose has been delivered to the Parliament House in Helsinki addressed to Suldaan Said Ahmed (LA), a first-term Member of the Finnish Parliament.

The shipment addressed to the 28-year-old lawmaker contained a piece of rope tied in a noose together with an “extremely disturbing, racist message”.

Law-enforcement authorities have been notified of the incident, according to a press release from Left Alliance.

Said Ahmed stated in the release that he contemplated whether or not to make the incident public. The sender, he explained, was likely hoping to receive publicity for their act and normalise racist threats against policy makers.

“This repulsive act is only part of the racist feedback and harassment I’ve faced during my time in politics,” he highlighted. “I thought it was important to show what it’s like also publicly. This is what people still have to face in Finland in the 2020s. I want to work to make sure no child has to face anything like this in the future.”

He tweeted later that he will not give interviews about what he described as an emotional and personal matter.