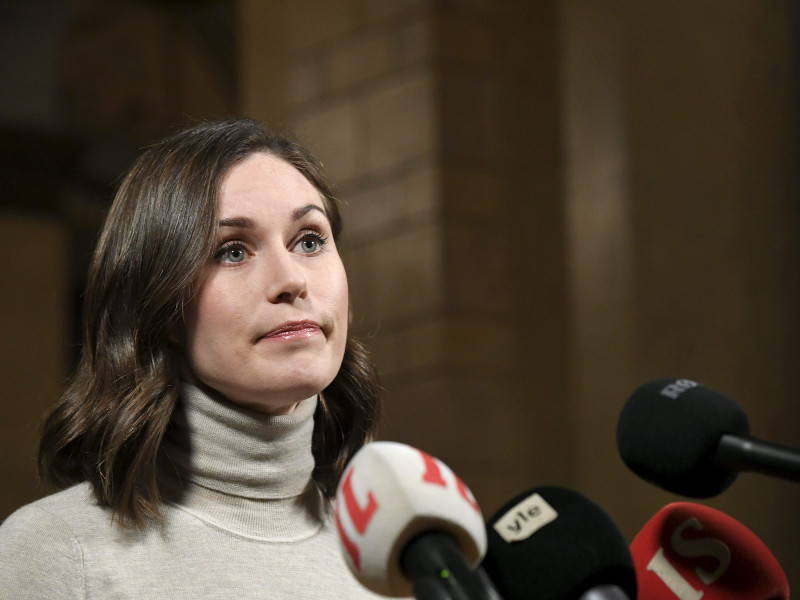 Prime Minister Sanna Marin (SDP) spoke to reporters about the government’s discussions on the coronavirus situation in the House of the Estates in Helsinki on Wednesday, 10 November 2021. (Markku Ulander – Lehtikuva)

THE GOVERNMENT of Prime Minister Sanna Marin (SDP) has decided to adopt a new hybrid strategy against the coronavirus epidemic and uphold the current restrictions on, for example, restaurants beyond Monday, 15 November.

The strategy was adopted primarily on grounds that 80 per cent of 12-year-olds and older have been vaccinated against the virus.

“The government talked about the coronavirus situation, which is alarming. The disease is spreading particularly among the unvaccinated and people are ending up in hospital care,” Marin stated to YLE on Wednesday.

While the strategy will do away with the three phases for regional epidemiological situations – the baseline, acceleration and community transmission phase – the restrictions on restaurant operations will remain contingent on the epidemiological situation and risk profile of each region. Marin revealed that authorities will evaluate where the restrictions are presently necessary at the start of next week.

She stated prior to the meeting that although the government would like to raise the coverage to at least 90 per cent, it will refrain from setting a formal target.

“We proposed today that the coronavirus pass itself could function as a restriction and that it could be possibly used at workplaces. We also proposed that we look into the possibility of making a legislative amendment to oblige employers to see to the vaccine uptake of social and health care personnel better than currently,” she commented to YLE.

Another topic of discussion was mandatory vaccinations.

Marin told that the entire social and health care workforce should be vaccinated against the disease but expressed her reservations about population-wide mandatory vaccinations. Minister of Justice Anna-Maja Henriksson (SFP) said before the meeting that she considers the notion of mandatory vaccinations alien.

“If you take care of the elderly, it’d be responsible to be vaccinated,” she noted.

Henriksson also estimated that extending the coronavirus pass to workplaces is judicially difficult but not a completely unfeasible option.