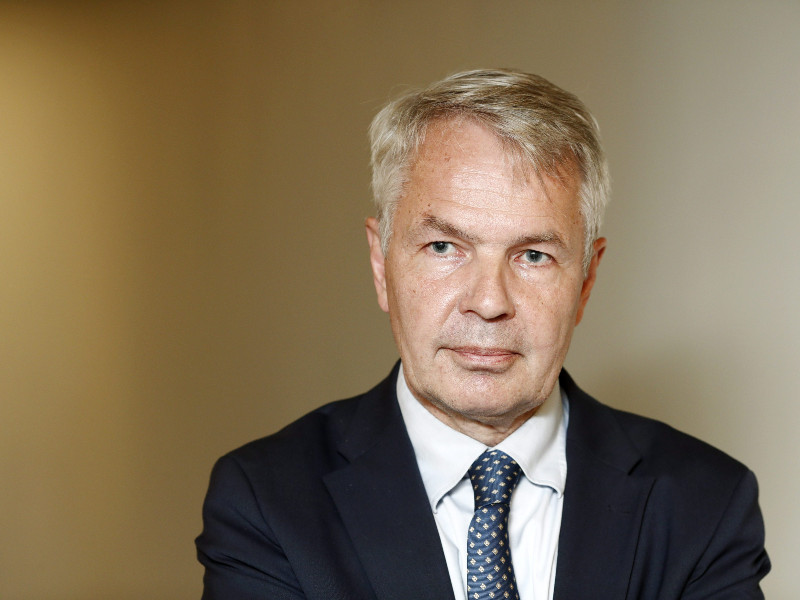 Minister for Foreign Affairs Pekka Haavisto (Greens) reminds that every country has the right to prevent people from crossing its borders unlawfully. (Roni Rekomaa – Lehtikuva)

THE BORDER CRISIS between Belarus and Poland is no reason to rush into amending the legislation on border controls in Finland, views Minister for Foreign Affairs Pekka Haavisto (Greens).

“We can naturally have a discussion about what’d be the concrete proposals,” he stated to Helsingin Sanomat on Tuesday.

“I don’t see an acute need to amend the legislation. We’ll naturally have to examine how we could set up procedures that help us to take quick action at the borders and, if necessary, quickly turn around the arrivals.”

Tensions between Belarus and Poland have ratcheted up in recent days. Poland has reported that roughly 3,000–4,000 migrants have settled in a makeshift camp close to its border under the supervision of Belarus. A video circulating on social media appears to show armed people in camouflage following the people moving near the border.

The European Union on Tuesday accused Belarus of “gangster-style” tactics for sending refugees to the border in a bid to punish the 27-country bloc.

Members of the National Coalition have demanded that Finland adopt a statute to temporarily limit the entry of asylum seekers in circumstances where the country is faced with such tactics of hybrid warfare.

“Even though I don’t see an immediate need, it may be good to use the recent experiences to discuss at the Finnish and EU level how the security approach should be developed. It’s usually not a good idea to think about legislative changes in the eye of a crisis,” Haavisto told Helsingin Sanomat.

Countries, he underlined, absolutely have the right to prevent illegal entries.

“If you look at the border situation between Belarus and Poland and, earlier, between Greece and Turkey, they clearly included hybrid and hostile actions. You have to take action and use your discretion when they threaten the security of your country. Of course countries have the right to prevent illegal border-crossings.”

Minister of the Interior Maria Ohisalo (Greens) on Tuesday reminded that the border control act already enables the government to close border-crossing points in the event of a hostile hybrid influence campaigns. Also she stressed that every country has the right and obligation to defend its own borders.

“And Finland also has the obligation to defend the common external border of the EU,” she noted to journalists in the Parliament House.

She also reminded that not every asylum seeker is part of a hybrid influence campaign machinated by another country.