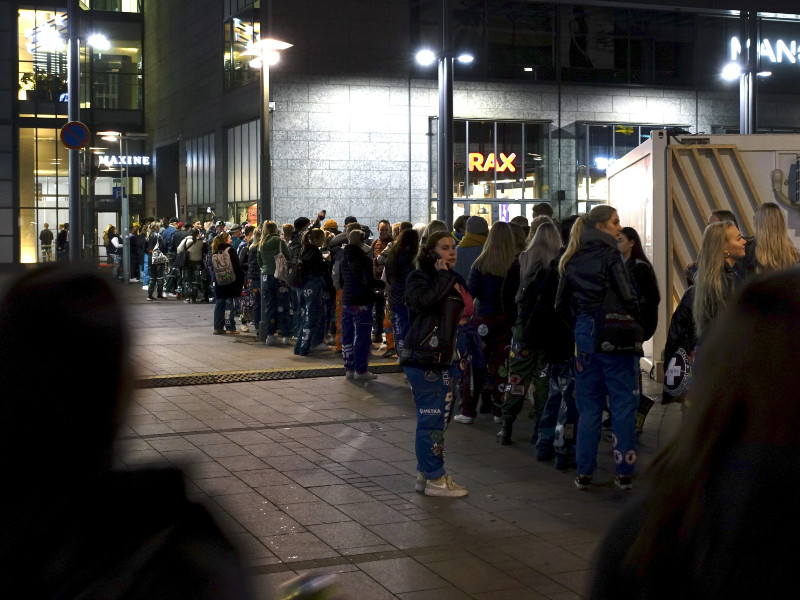 A line outside a nightclub in downtown Helsinki on 14 October 2021. (Teemu Salonen – Lehtikuva)

THE RULING COALITION of Finland is unanimous about the need to uphold restrictions on restaurant operations beyond October, sources within the coalition revealed to STT on Wednesday.

The news agency wrote that the ruling parties are currently considering how the restrictions could be extended beyond the turn of the month, sharing a concern about the burden the coronavirus epidemic is placing on hospital resources.

The Finnish Institute for Health and Welfare (THL) has strongly recommended that the restrictions remain in force.

The risk of infection is considerable especially for unvaccinated people in restaurants focusing on alcohol sales and staying open late into the night, it underlined in a statement presented to the Ministry of Social Affairs and Health.

“It is THL’s estimate that limiting customer numbers and opening hours clearly for the aforementioned establishments in areas where the burden on hospitals is increasing until a sufficient vaccination coverage has been reached among 30–50-year-olds could substantially mitigate risks in this age group and prevent the burden on hospitals from increasing further,” the statement reads.

The government is expected to make a decision on the matter in the coming days as its decree on the restrictions is expiring at the end of October. Restaurant in areas where restaurant operations are subject to restrictions are able to circumvent the restrictions on, for example, capacity, opening and serving hours by requiring that their customers have the newly adopted coronavirus pass.

The pass can be obtained by anyone who is fully vaccinated against the virus, has recovered from the disease in the past six months or tested negative for the virus in the past 72 days.

The government has promised to lift all restrictions once 80 per cent of people aged 12 years or older have been fully vaccinated. With THL estimating that the target could be reached next week at the current vaccination pace, the extension of restaurant restrictions could be perceived as the government going back on its word.

The removal of restrictions is also to signal a shift away from the central administration toward regional authorities in the effort to control the epidemic.

Marin on Sunday told YLE that new restrictions are presently not on the drawing board but viewed that it is another question whether the current restrictions should be extended. Her remarks have raised eyebrows in another ruling party, as technically issuing a new decree to extend the restaurant restrictions could be interpreted as a new restriction, according to STT.

The prime minister reiterated to the news agency that the government has not discussed making the vaccinations mandatory but voiced her hope that the coverage will rise close to 90 per cent.

She told STT that the government has not discussed making vaccinations mandatory, but voiced her hope that the coverage will rise close to 90 per cent.