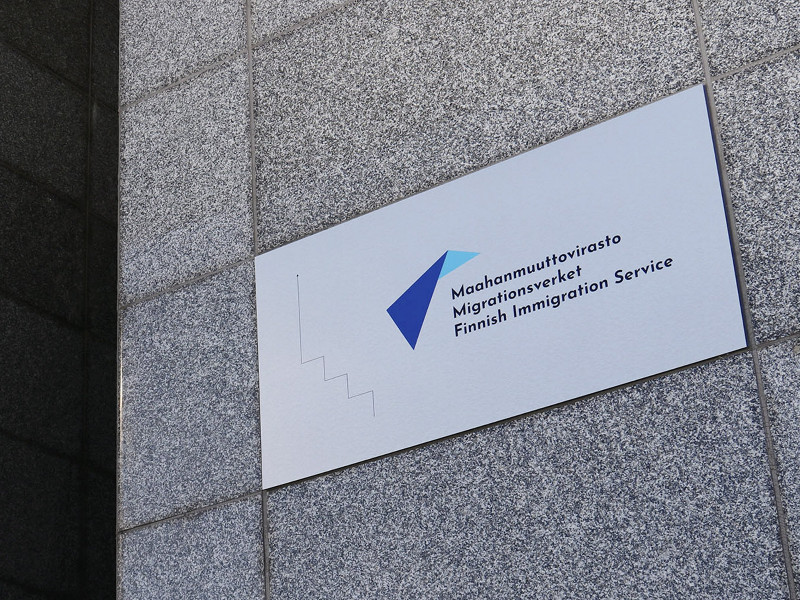 The Finnish Immigration Service (Migri) believes the Ministry of the Interior has underestimated the effects of the legislative proposal on the number of family reunification applications. (Handout / Migri)

THE GOVERNMENT of Prime Minister Sanna Marin (SDP) is drafting an amendment to the aliens act to remove income as a requirement for granting a residence permit to the family member of a minor receiving international protection in Finland.

The income requirement would continue to apply to families formed after the asylum applicant has arrived in Finland, Helsingin Sanomat wrote on Thursday.

The Finns Party has expressed its opposition to the amendment.

Chairperson Riikka Purra on Thursday argued that the Finnish economy cannot withstand relaxing the immigration policy. The amendment, she argued in a press release, would turn the national family reunification policy into the “most liberal” of its kind in Western Europe.

Relaxing the criteria for family reunifications is justified because it supports the opportunities of people receiving international protection to lead a family life, a right that is defined in the constitution and international treaties, according to Tuuli Tuunanen, a senior expert at the Ministry of the Interior. Also the present legislation, however, allows officials to deviate from the income requirement on material grounds.

“You could say the proposal streamlines how officials apply the legislation, as it’d remove regulation containing different kinds of grounds for exemptions,” Tuunanen summarised to Helsingin Sanomat.

The Ministry of the Interior has also conceded that the amendment could function as a disincentive for people arriving in the country to find employment.

Its preliminary estimates suggest that the amendment would raise the yearly number of positive family reunification decisions by approximately 200. The requirement was cited last year to deny 165 applications and the year before that to deny 236 applications.

The Finnish Immigration Service (Migri) is of the view that the number of reunification applications and decisions would increase by much more than 200.

“If the legislation is amended, it’d definitely have an impact on people’s willingness to apply [for reunifications]. Many are currently choosing not to apply because of the requirement. You can’t just calculate [the increase] from the present numbers,” argued Jaakko Purontie, the head of legal affairs at Migri.

With the fees collected from applicants covering the costs of processing only partly, an up-tick in applications would drive up costs at Migri. Examining a family reunification application can be a fairly labour-intensive process, said Purontie.

Milka Sormunen, a research professor at the University of Helsinki, stated to the newspaper that the proposal would effectively signal a return to the legislation that was in place before 2016.

“The proposed changes are a return to previous, and I don’t think you can consider them radical from any perspective,” he said. “Family reunifications still have certain criteria. You still can’t bring in whichever cousin you like. I think the proposed legislation does a better job at realising international human rights and EU law.”