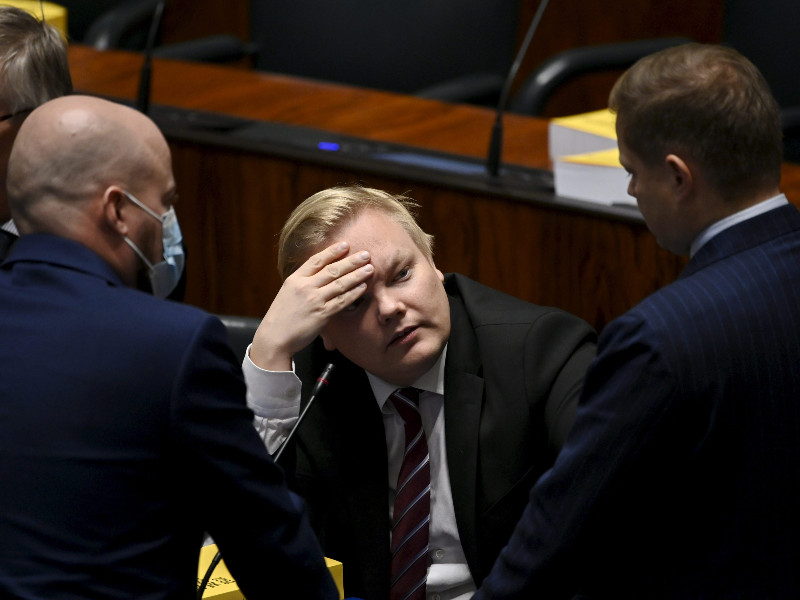 A PROPOSAL by Minister of Science and Culture Antti Kurvinen (Centre) to forgive student loans for borrowers moving to sparsely populated areas has been met with scepticism by other ruling parties, reports Helsingin Sanomat.

The Green League and Left Alliance both questioned last week whether the measure is the most effective way to solve the labour shortage pestering sparsely populated parts of Finland.

Iiris Suomela, the soon-to-be caretaker chairperson of the Greens, viewed that any efforts to develop the student support system should focus on raising the student financial aid as, at its present level, the aid does not provide a sufficient livelihood, thus complicating the daily life of students and lengthening graduation times.

“I think that when it comes to student financial aid, the priority should be to secure the livelihood of students rather than bringing up regional policy goals into the discussion in such a way,” she stated to STT.

Suomela also expressed her surprise at the proposal in light of the cuts planned in research and education funding.

“Cancelling the cuts in education and research should be the number-one priority, instead of looking for new targets from outside the government programme,” she underlined to the news agency on Saturday.

Kurvinen told YLE and Lapin Kansa last week that offering partial or full student loan reimbursements to teachers, physicians and other professionals would be a way to address labour shortages in societally key sectors in sparsely populated areas. The reimbursement scheme, he envisioned, could be adopted by the end of the current electoral term.

The Ministry of Education and Culture is presently assessing the feasibility of trialling and the implementation options for the scheme.

The Centre apparently finding funding for writing off student loans despite its public commitment to stringent economic policy came as a surprise also to Jussi Saramo, the chairperson of the Left Alliance Parliamentary Group.

“If there’s room to manoeuvre, surely we’d review the list of spending cuts in its entirety to see what are the priorities,” he said to STT.

Both Saramo and Suomela underscored that they are not opposed to the objective of the proposal, of alleviating recruitment hurdles in sparsely populated areas, but questioned the effectiveness of the proposal.

“If you mix the student support system and regional policy, you should be absolutely sure that the measure is effective and economically worthwhile. This certainly doesn’t look like one,” said Saramo.

Suomela additionally pointed out that the individual write-off would fail to tackle the root cause of the labour shortage: the lack of pull factors in regions. Smaller localities, she outlined, require jobs, services and functioning transport connections to larger cities to attract professionals.

“A loan reimbursement isn’t enough unless there are services,” she said.

The National Union of University Students in Finland (SYL) rejected the proposal firmly, emphasising that student financial aid must not be subjugated to support other political pursuits.

“Student aid, similarly to other social benefits, must be equal to all recipients regardless of their place of residence or field of study. The planned regional and field-specific conditions on student loan reimbursement would stand in stark contrast with this principle of equality,” Annika Nevanpää, the chairperson at SYL, stated on Friday.