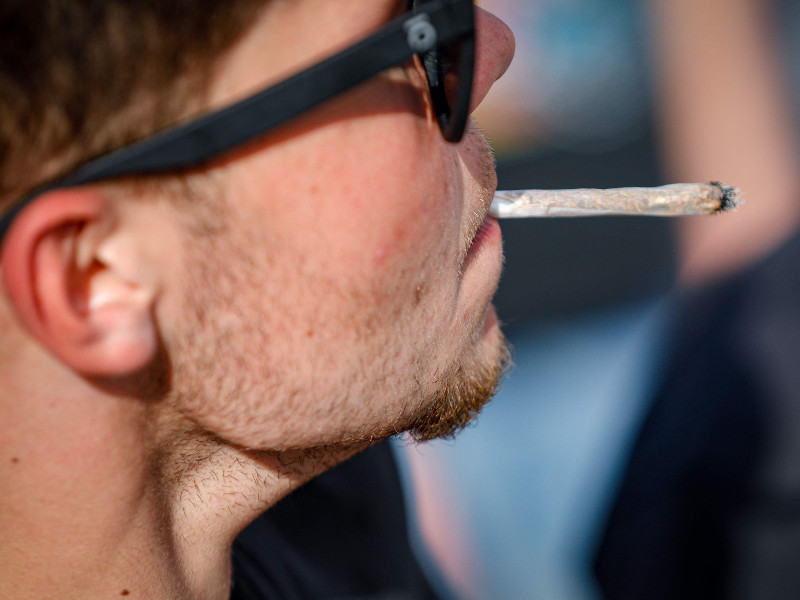 A man smoking a joint during a protest calling for the legalisation of cannabis use in Paris on 29 May 2021. (Geoffroy Van Der Hasselt – AFP/Lehtikuva)

A MOTION by the Green League to legalise the use of cannabis has provoked a reaction especially from the ranks of the opposition parties, reports Helsingin Sanomat.

“It’s alarming that the party carrying the minister of the interior’s portfolio is proposing that the use, possession and even sales of cannabis be legalised,” tweeted Päivi Räsänen (CD). “Hasn’t Minister [of the Interior Maria] Ohisalo heard warnings about the consequences from the police administration she oversees?”

The Green League on Sunday voted narrowly in favour of a motion to legalise and regulate the use of cannabis, with 183 of the delegates attending its party conference voting for and 181 against the motion. It thus became the first parliamentary party to express its support for legalising cannabis in Finland.

Räsänen on Monday reminded in a press release that cannabis is defined as a narcotic and its use carries a punishment under the legislation in many countries in Europe. Also Finland should hold fast to the punishments, she stressed.

Riikka Purra, the chairperson of the Finns Party, asked whether the ruling party also took into account the large carbon footprint and environmental effects of cannabis, an observation that was made also by Mikko Kärnä (Centre).

“Is the Green League aware that cannabis has an enormous carbon footprint?” asked Kärnä.

He added emphatically, though, that he would personally be supportive of legalising the cultivation of cannabis in certain circumstances – namely, for medicinal use and export purposes. “The larger drug policy decisions should be made within the EU,” he wrote in a press release.

Kärnä estimated that it is inevitable that cannabis will eventually be legalised also in Europe.

“It does seem that the development is inevitably in that direction,” he observed. “Finland should also claim a slice of this global and legal billion-euro business when the opportunity arises.”

Pekka Hakkarainen, a research professor at the Finnish Institute for Health and Welfare (THL), on Monday stated to YLE that the motion was noteworthy but not particularly surprising.

“There is more and more discussion about cannabis worldwide, and the policies have been changed dramatically in several countries. These are reflected also in Finland,” he commented to the public broadcasting company.

Hakkarainen pointed out that public attitudes toward the substance have become more tolerant also in Finland. THL in 2018 found that roughly a fifth of the population view that cannabis should be legally available. The notion was popular especially among young adults, with over a third (34%) of 25–34-year-olds saying it should be possible to acquire cannabis legally irrespective of the purpose.

Hakkarainen is nevertheless doubtful about the proposal.

“The Finnish population isn’t yet ready for it, in my opinion,” he said. “There isn’t widespread support for it. We’ve had a total ban [on drug use] for a long time, for over 50 years, and if you change that there’s no telling what exactly it’ll lead to.”