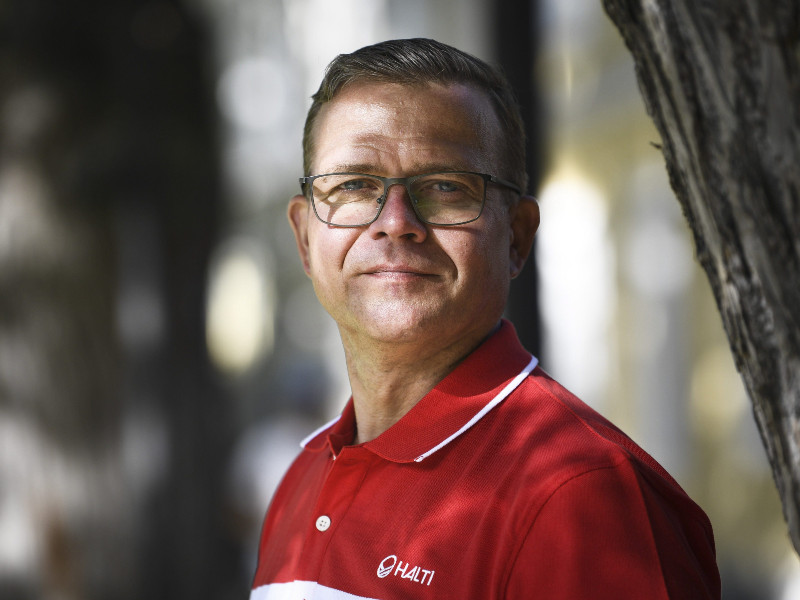 Petteri Orpo, the chairperson of the National Coalition, posed for a photograph on the bank of River Aura in Turku, Southwest Finland, on 2 August 2021. (Emmi Korhonen – Lehtikuva)

THE NATIONAL COALITION has continued to ride the high of its emphatic win in the municipal elections organised in Finland on 13 June.

YLE on Thursday reported that popular support for the right-wing opposition party has crept up by 0.7 percentage points to 20.5 per cent since early July. At least some of the gain has come at the expense of the Centre Party, according to Tuomo Turja, the research director at Taloustutkimus.

“Support for the National Coalition rose among pensioners, workers and less educated voters with vocational qualifications. The National Coalition’s recent statements on immigration may be reflected in this,” he analysed for the public broadcasting company.

The opposition party has come under considerable media and public scrutiny over the content and terminology of its newly released immigration and integration policy programme. The programme called for a separate social security system for immigrants and referred to native Finns.

The Finns Party accused its fellow opposition party of stealing its ideas. Support for the Finns Party has stayed unchanged in spite of the looming departure of chairperson Jussi Halla-aho, according to the poll by YLE. The finding stands in start contrast to the four-point drop measured for the opposition party by Helsingin Sanomat.

“The core supporters have had other things to think about besides party issues during the summer, so that may explain why there’s been no change,” said Turja.

The Finns Party will select its next chairperson in mid-August.

Sandwiched between the two right-wing opposition parties is the Social Democrats. Support for it slid by 0.6 points to 19.5 per cent, as voters drawn to red and green on the political palette have continued to waffle between the Green League, Left Alliance and Social Democrats. The main beneficiary of the slide, though, has been the so-called sleeper party, said Turja.

The Centre Party appears to have lost the momentum it seemed to rediscover in the wake of the municipal elections, recording a drop of 1.2 points – the largest measured in the poll – to 12.3 per cent. Turja told YLE that the party is haemorrhaging support to the sleeper party and other right-wing parties, namely the Finns Party and National Coalition.

Taloustutkimus surveyed 2,386 people for the poll between 12 July and 3 August.