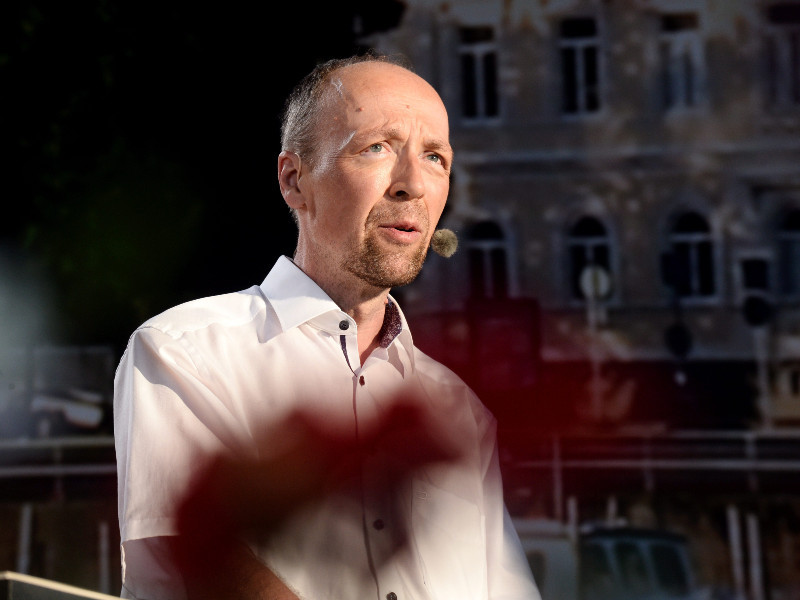 Jussi Halla-aho, the chairperson of the Finns Party, says the National Coalition’s controversial immigration and integration policy programme is a populist stunt that is unlikely to be implemented. (Mikko Stig – Lehtikuva)

THE NATIONAL COALITION’s controversial immigration policy programme is a political stunt that borrows substantially from proposals made by the Finns Party, states Jussi Halla-aho, the outgoing chairperson of the Finns Party.

“I regard this proposal as a cheap, political and populist stunt for a number of reasons,” he declared to YLE on Thursday.

“Some [of the proposals] aren’t feasible without amendments to the constitution,” he highlighted, questioning whether the party is even prepared to move forward with the measures outlined in the programme.

The National Coalition last week unveiled a list of proposals to amend the immigration and integration policy.

Among the more controversial proposals was creating separate social security schemes for immigrants and ‘kantasuomalaiset’, a Finnish term that is usually translated to native Finns. The National Coalition later amended the programme to remove the controversial term, specifying that its intention was to refer to Finnish nationals residing permanently in Finland.

Pia Kauma (NCP), who was in charge of drafting the programme, apologised for the word choice on Twitter. The objective, she explained, was to simplify the terminology rather than to make any reference to ethnicity.

She argued that the reasons for low employment rate among immigrants include insufficient language skills, lack of education and poor knowledge of Finnish society.

“We have a lot to improve in this regard. We’re demanding that you should pass a language test and degree and demonstrate your understanding of Finnish society and values,” she commented on YLE TV1 on Thursday.

Insufficient language skills are evidence not of the failings of immigrants but rather the failings of society, countered Paavo Arhinmäki (LA): “We haven’t succeeded in offering enough high-quality language and culture teaching.”

The desired change in language skills, he gauged, could be achieved through positive and encouraging measures, such as improving access to child care for immigrant families.

YLE on Friday reported that the policy programme has also exposed a divide within the ranks of the National Coalition. While many lawmakers from the conservative end of the party have voiced their support for the proposals, many from the more liberal end have declined to comment, suggesting a reluctance to both support and shoot down the proposals.

“This is by no means a straightforward issue. More careful evaluations and investigations are needed also into what kind of immigrants we’re talking about. There are many kinds of immigration, and you can’t really bundle them together,” stated Mia Laiho (NCP).

“The thinking is that we commit immigrants to learning the language and integrating,” she summarised.

Sanni Grahn-Laasonen (NCP) told that the proposal had been discussed in various working groups and meetings of the parliamentary group, adding that she stands behind the programme.

“I recognise the underlying concerns. We’ve got a need to speed up paths and access to Finnish working life. But a non-uniform social security alone isn’t a solution for this,” she commented to YLE.