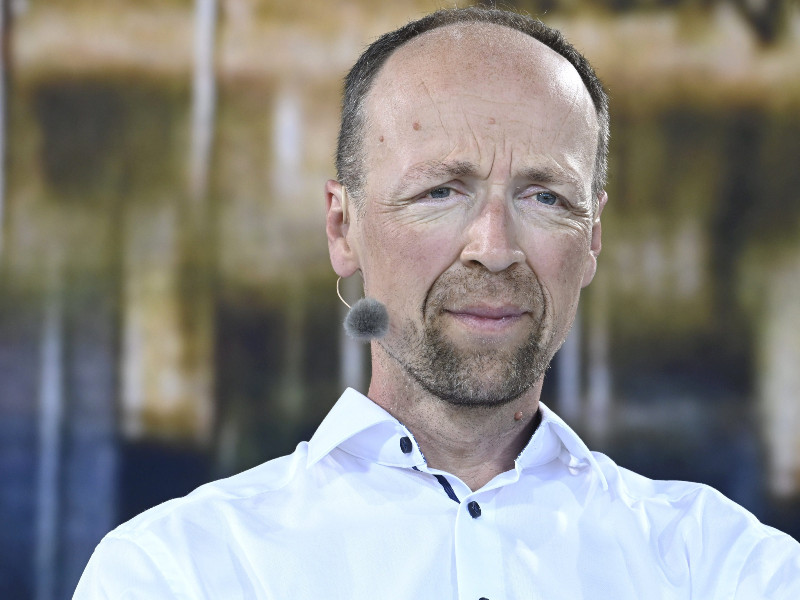 Jussi Halla-aho, the outgoing chairperson of the Finns Party, participated in a panel discussion held as part of SuomiAreena, the largest societal discussion event in Finland, in Helsinki on 13 July 2021. (Heikki Saukkomaa – Lehtikuva)

THE NATIONAL COALITION has emerged as the most popular political party in Finland, reveals a poll commissioned by Helsingin Sanomat.

Almost one-fifth (19.9%) of the over 2,500 poll respondents voiced their backing for the right-wing opposition party, representing an increase of 2.9 percentage points from the final poll conducted before the municipal elections, in May.

Support for the Finns Party has contrastively fallen noticeably, leaving the populist opposition party with an approval rating of 17.8 per cent, enough for third place in the poll behind both the National Coalition and Social Democrats (19.2%). The popularity of the right-wing party has thereby plummeted by 3.8 points since May.

The Centre Party has seen its popularity rise by 1.5 points to 12.6 per cent following its fend-off victory in the elections held on 13 June.

The approval ratings of most other parties have remained largely unchanged since the final pre-election poll. The Green League (10.2%), Left Alliance (8.2%), Swedish People’s Party (4.4%) and Christian Democrats (3.7%) are all polling within 0.2 points of their approval rating at the start of the summer.

Johanna Vuorelma, a political scientist at the University of Helsinki, estimated to Helsingin Sanomat that the election results are reflected in the poll. The National Coalition, she said, appears to have received a boost from the positive publicity it garnered in the aftermath of its emphatic election victory, in spite of a critical pamphlet released by its ex-mayoral candidate in Helsinki, Kirsi Piha.

“Things like these aren’t necessarily something that interest voters,” said Vuorelma. “They tend to be debated between people who are interested in politics.”

The poll results allow for the interpretation that the resurgence of the National Coalition has come, at least partly, at the expense of the Finns Party. Jussi Halla-aho, the chairperson of the Finns Party, announcing he is not seeking re-election is another factor explaining the nosedive taken by the latter.

The party will select his successor in August. Analysts have suggested that the change in leadership will dent the popularity of the party.

“A scenario like this is definitely recognised very well within the party. I think Halla-aho will try to take this into account in public appearances and give his strong backing to the new chairperson,” said Vuorelma.

Similar events from the past decade indicate that the approval rating could continue to slide.

“It takes time before the new chairperson of a party can consolidate his or her position. I believe [the party] may drop even lower,” echoed Markku Jokisipilä, the director of the Centre for Parliamentary Studies at the University of Turku.

Vuorelma also reminded that swings in popularity, caused by whatever political themes are highlighted by the media, are common particularly common for populist parties that are after the so-called protest votes.

“If immigration questions and EU policy don’t come to the fore of critical public debate, it may be reflected in support,” she said.