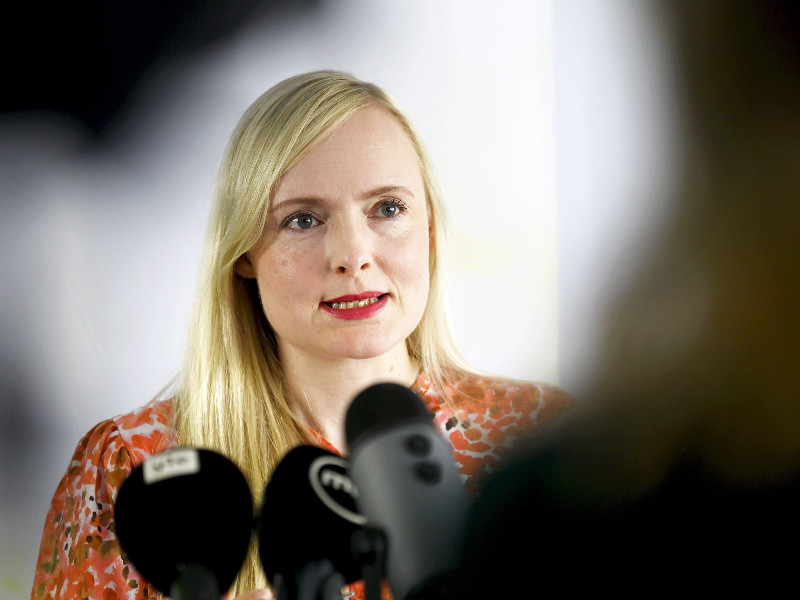 Minister of the Interior Maria Ohisalo (Greens) on Wednesday stepped before the media to announce her desire to continue at the helm of the Green League. (Emmi Korhonen – Lehtikuva)

MINISTER of the Interior Maria Ohisalo (Greens) has accused the Centre and Social Democrats of acting against the government programme in lobbying in connection with the drafting of a new forest strategy for the European Union, reports Helsingin Sanomat.

“We think the Centre and Social Democrats have at the EU level together lobbied for goals that aren’t in line with the government programme,” she said in a news conference on Wednesday.

“How can it be that what you’re lobbying for at the EU level is different from the decisions we agreed together. This is absolutely intolerable.”

The disagreement between the ruling parties stems from how the government should approach the use of forest resources and the forest strategy of the EU. YLE in June wrote that Minister of Agriculture and Forestry Jari Leppä (Centre) intends to sign a statement criticising the draft strategy to Frans Timmermans, an executive vice-president at the European Commission.

The draft strategy, he said, fails to accomplish this but prioritises ecological sustainability over the other dimensions.

Members of the Greens have not subscribed to the contents of the writ and have voiced their displeasure that it has not been discussed collectively by the government.

She reminded that the government programme sets forth the objective of safeguarding biodiversity and growing carbon sinks in both the medium and long term.

“These issues should obviously be reflected in the lobbying that’s done at the EU level. It can’t be that you only talk about what benefits the forest industry and adopt that approach at the EU level,” stated Ohisalo.

The strategy has yet been officially published and many of its details remain unknown, but it is believed to call attention to the importance of forests for biodiversity and climate, suggests a draft leaked from the European Commission. The Finnish forest industry has expressed its concern about the impact on national authority on forest use and the critical stance adopted on clear-felling.

Ohisalo reminded that many of the reported details are in line with the government programme.

“The EU has spurred Finland toward several objectives also before. For example, emissions trading is already steering our emissions well. We should have objectives in the same way when it comes to carbon sinks and biodiversity. And I therefore think it’s good that we’re being spurred forward by the EU.”

The strategy is scheduled for publication on 20 July.

Ohisalo on Wednesday stepped before the media to announce she is seeking another term at the helm of the Green League. She also revealed she and her spouse are expecting their first child.