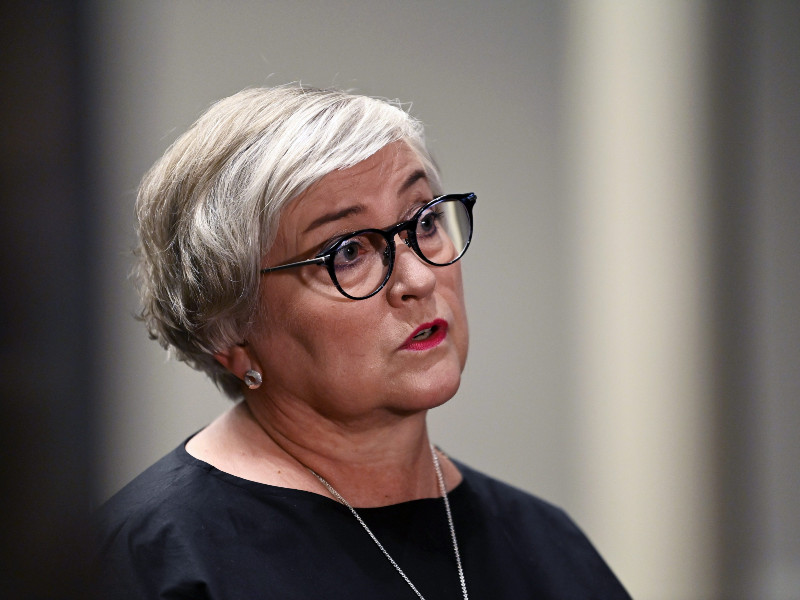 Speaker of the Parliament Anu Vehviläinen (Centre) spoke to reporters after an extraordinary meeting of the Parliament’s Chancellery Commission in Helsinki on Tuesday, 29 June 2021. (Emmi Korhonen – Lehtikuva)

THE PARLIAMENT’S Chancellery Commission on Tuesday proposed unanimously that Tytti Yli-Viikari, the director of the National Audit Office of Finland (VTV), be relieved of her duties.

Members of the Parliament will weigh up the proposal in a plenary session on Wednesday. If no counter-proposals are forwarded, the proposal will be approved without a vote. If a vote is required, it will take place on Friday, according to Helsingin Sanomat.

The proposal is historic, as the actions of senior officials at the independent office have never before prompted an intervention from the Parliament.

“The Chancellery Commission ruled that Tytti Yli-Viikari’s actions have collapsed confidence in her ability and preconditions to serve in the role of director at the National Audit Office,” summed up Speaker of the Parliament Anu Vehviläinen (Centre).

She added that the proposal is founded on an overall assessment of the actions of Yli-Viikari. The assessment, in turn, is founded on expert statements in a recently published statement from the Parliament’s Audit Committee and interviews with Yli-Viikari. The Parliamentary Auditors also requested a special inspection of the travel and representation expenses of the senior management at VTV.

The issue has featured prominently on the agenda of the Audit Committee. Vehviläinen pointed out that the committee noted in its statement that the director’s actions have materially eroded confidence in the appropriateness of financial management and functioning of internal auditing at VTV.

She also drew attention to estimates that the actions have neglected the principles of good governance in many respects, creating a serious situation among staff and eroding their ability to work.

Yli-Viikari on Tuesday reiterated her view that the termination is unwarranted. “I think the Chancellery Commission has not presented clear judicial justification in the statement where it proposes that the director be terminated.”