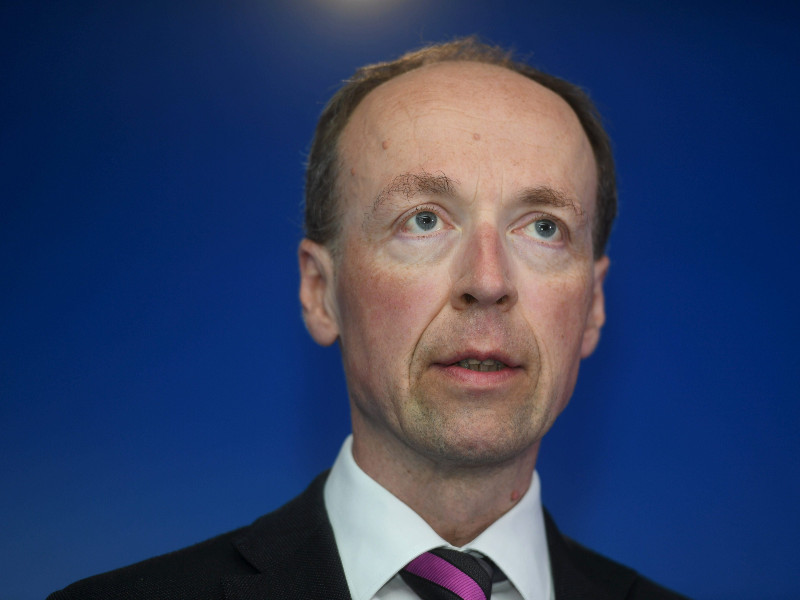 Jussi Halla-aho on Monday announced he is not seeking a second term at the helm of the Finns Party. The right-wing opposition party will convene to elect his successor in Seinäjoki in August. (Silja-Riikka Seppälä – Lehtikuva)

JUSSI HALLA-AHO on Monday startled the Finnish political landscape by announcing he will not seek re-election as chairperson of the Finns Party.

“Not everyone will like this decision, at least immediately. I’d tell them that I’m not making this decision, or any other, on flimsy grounds on the spur of the moment, but after long and exhaustive consideration. This is the most right decision I can make,” he stated in a press conference.

Halla-aho did not disclose why he opted to relinquish the reins of the party but revealed that he has drawn up a “lengthy” press release that is under embargo until 21 June 2031.

“This way I can write down my thoughts while they’re fresh, without the risk of forgetting or resorting to hindsight, but ten years from now no one will have any use for this information except those who’re interested in history and truth for their own sake,” he stated.

The press release, he assured, will remain unedited because a copy of it has been handed to a person who writes about politics and contains neither the names of any of his party comrades, nor any rumours, secrets or private conversations.

The Finns Party will elect its next chairperson in Seinäjoki in August.

Halla-aho on Monday expressed his gratitude to his party comrades, especially those who had stood by him also during dark times. “I won’t mention any names in this context because also it’d be misinterpreted in the run-up to the party conference,” he added.

The Finns Party won 14.5 per cent of the nationwide vote in the municipal elections held earlier this month, raising its vote share by 5.6 percentage points and its number of council seats by 581 to 1,351.