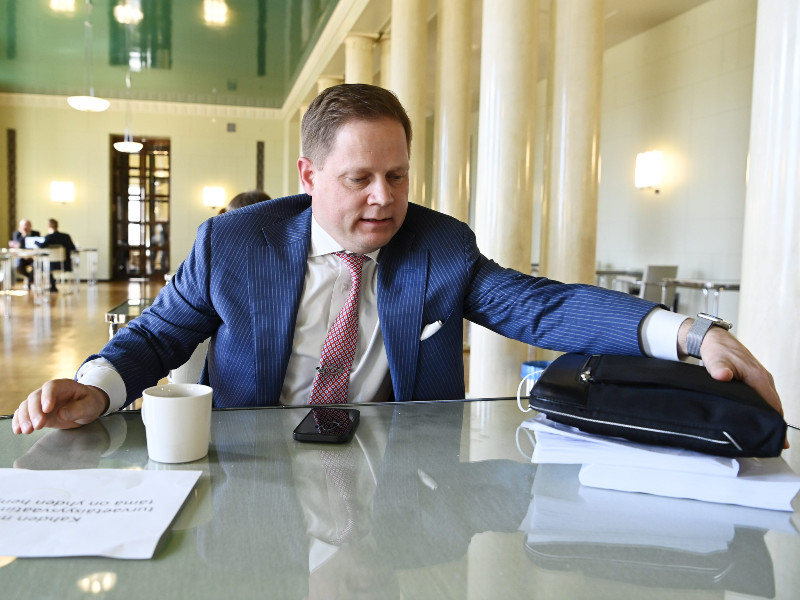 Markus Lohi (Centre), the chairperson of the Parliament’s Social Affairs and Health Committee, in the cafeteria of the Parliament House in Helsinki on Tuesday, 15 June 2021. (Jussi Nukari – Lehtikuva)

THE PARLIAMENT’S Social Affairs and Health Committee on Tuesday put the finishing touches on its statement on the social and health care reform, representing a critical step forward for the long-awaited reform that is to respond to challenges such as urbanisation, population ageing and service accessibility.

The committee expressed its support for founding 21 welfare and five co-operative districts for organising the services, and not setting any absolute or relative requirements for their own service production.

Forming a completely new level of administration in Finland, the districts would also assume responsibility for fire and rescue services.

“We took the clear interpretational approach that there should be no single percentage-based limit on how much services can be outsourced,” Markus Lohi (Centre), the chairperson of the Social Affairs and Health Committee, was quoted as saying by Helsingin Sanomat.

Both the Finns Party and National Coalition attached an objection to the statement, an indication of the divide that persists between the ruling and opposition parties on the issue.

“The National Coalition submitted several proposals to amend the provisions during the processing, but they received no support from the ruling parties,” said Mia Laiho (NCP), the deputy chairperson of the Social Affairs and Health Committee.

The opposition party, she added, is concerned about the erosion of financing, municipal autonomy and close-range democracy in the wake of the reform.

Members of the Finnish Parliament are to begin discussing the reform proposal today and vote on it as soon as next week, before the lengthy summer recess starting on Midsummer. If passed and carried out, the reform would signal the conclusion of an effort that has taken a variety of forms since 2006.

The reform proposals presented in previous electoral terms stumbled either on political differences or constitutional issues. The Parliament’s Constitutional Law Committee has already voiced its support for the fundamental approach of the latest proposal.