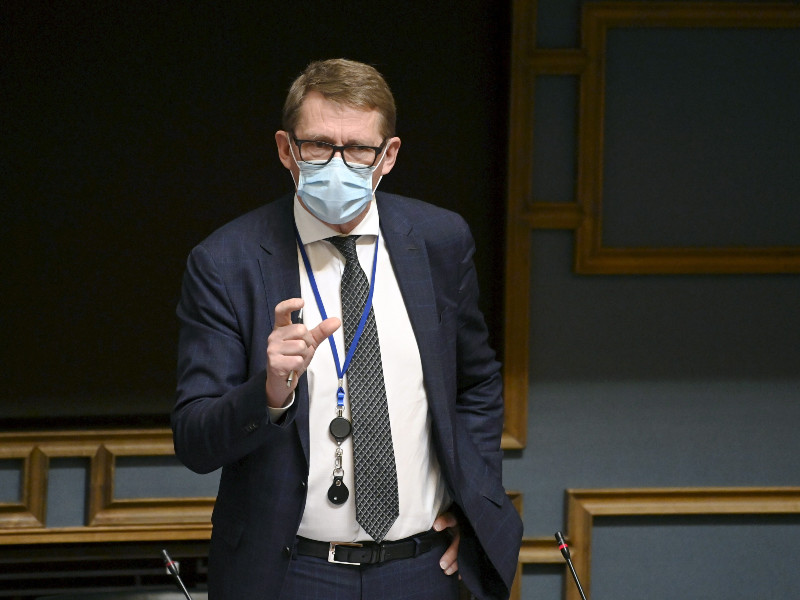 MATTI VANHANEN (Centre) will resign as minister of finance this week, handing over his portfolio to Minister of Science and Culture Annika Saarikko (Centre), Maaseudun Tulevaisuus reported on Saturday.

Vanhanen and Saarikko announced the re-shuffle in a joint interview with the thrice-weekly newspaper.

Vanhanen pointed out that the timing of the re-shuffle is opportune in that it allows his successor to take charge of preparatory work on the central government budget for next year from the start.

“There were two suitable timings for my exit: either last autumn after the budget session or now after the framework session. I had no idea in advance that we’d also end up deciding on the EU’s funding. The latter won’t net us too much praise,” he stated.

Saarikko clarified to YLE that the timing of the re-shuffle was based on the wishes of Vanhanen: “When I’ve said publicly that Vanhanen can handle the duties for long as he sees fit, I’ve meant every word.”

The Centre Party leadership, she added, will convene to make a formal decision on the re-shuffle on Wednesday, thereby paving the way for the formalities to take place on Friday. While she declined to comment on who will take over the portfolio of the minister of science and culture, she is already believed to have identified her nominee for the position, according to information obtained by YLE.

Also that issue will be discussed on Wednesday.

Saarikko estimated that her primary goal for the two years remaining in the electoral term will be to ensure the national economy does not fall behind global economic growth.

“And then it’ll be to return to the problems that the Finnish economy had already before the start of the epidemic. [We must make sure] that companies can employ people, that they succeed and that as a result there’s enough euros also in the national economy. We must also break the cycle of debt,” she added to the public broadcaster.