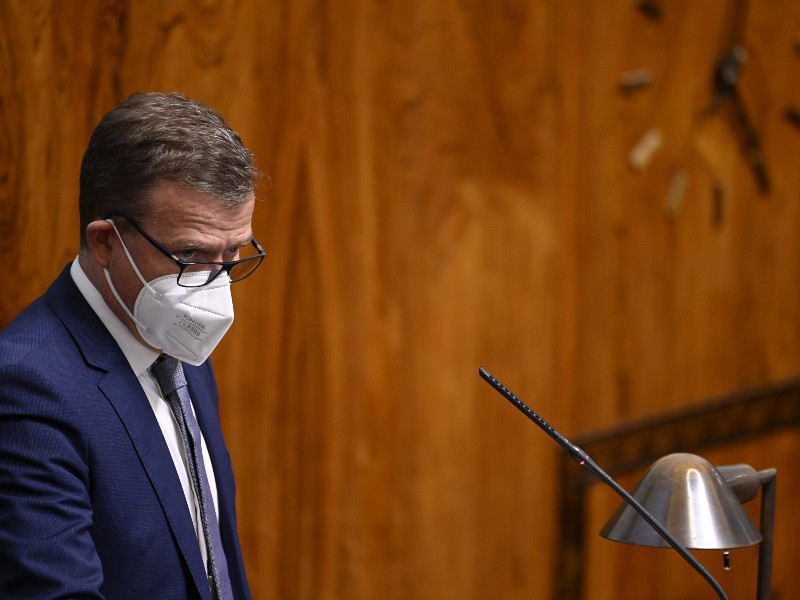 With a little over a month to go until the municipal elections, the National Coalition has taken hold of the pole position under the leadership of Petteri Orpo, finds a poll commissioned by YLE. (Heikki Saukkomaa – Lehtikuva)

THE NATIONAL COALITION has taken hold of the pole position a little over a month before the municipal elections in Finland, indicates a poll conducted for YLE by Taloustutkimus.

Support for the right-wing opposition party has jumped by 1.4 percentage points to 20.2 per cent since the previous poll, creating a gap of two percentage points between it and both the Finns Party and Social Democratic Party.

“This remains a three-horse race,” reminded Tuomo Turja, the research director of Taloustutkimus.  “But the National Coalition is in a fairly strong spot.”

Support for the Social Democrats has fallen by more than two points since the start of the year, but it rebounded slightly despite the recent, widely discussed clash between it and the Centre Party. The Centre sought to profile itself as the financially responsible ruling party during the newly concluded negotiations over central government spending in the coming years but, despite its spirited attempts, its popularity fell by 0.7 points to 11.7 per cent.

“Support for the Centre has stayed at around 11–12 per cent regardless of who has led the party,” noted Turja.

Peat was another issue that created friction within the ruling coalition, namely between the Centre and Greens. The government ultimately gave in to the demands of the former, temporarily raising the limit for tax-free energy use of peat, in exchange for measures that offset the climate impact of the decision in other areas.

The Green League saw its popularity fall by 1.5 points to 10.6 per cent, a new low in 2021. Turja told YLE that the ruling party haemorrhaged support to its left-green coalition partners and the National Coalition.

“Some of the Greens’ supporters also moved to the sidelines,” he added.

The Left Alliance witnessed a 0.2-point increase in support, to 8.0 per cent, in spite of the family leave of chairperson Li Andersson. Andersson has handed over her responsibilities as the minister of education temporarily to Jussi Saramo.

The Swedish People’s Party saw its popularity rebound to the levels of last parliamentary elections with a jump of one percentage point to 5.3 per cent. Support for the Christian Democrats fell by 0.8 points to 3.2 per cent, whereas that for Movement Now rose by 0.6 points to 1.9 per cent.

Taloustutkimus interviewed 2,712 people for the poll between 6 April and 4 May. A total of 1,757 people revealed which party would receive their vote if the municipal elections were held today.