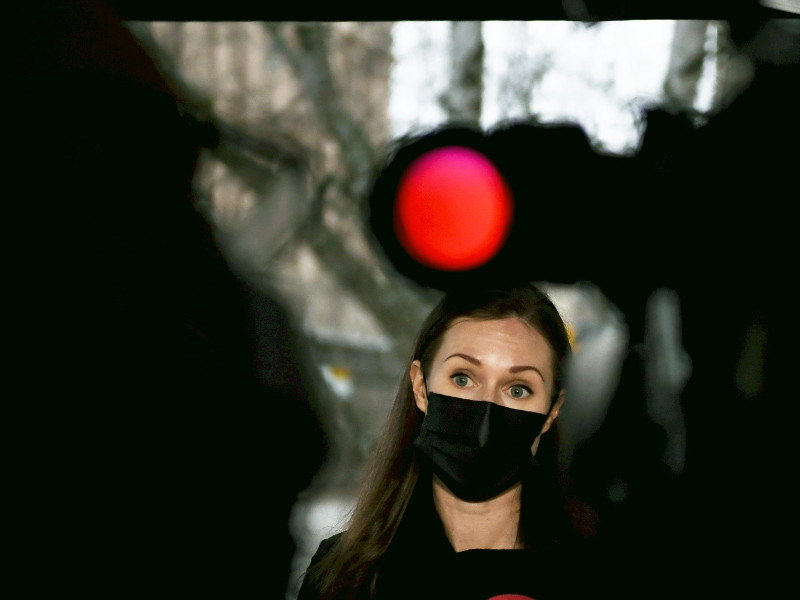 Prime Minister Sanna Marin (SDP) commented on the progress made in the negotiations about the framework for future government spending outside the House of the Estates in Helsinki on Monday, 26 April 2021. (Vesa Moilanen – Lehtikuva)

THE GOVERNMENT of Prime Minister Sanna Marin (SDP) failed to thrash out an agreement on the general framework for central government spending in the years to come on Monday.

Its framework session, which was originally scheduled to last two days, will therefore drag into its seventh day, with differences of opinion between the five ruling parties proving fundamental enough to provoke questions about the very future of the ruling coalition.

“It may be that a solution is found; it may be that it isn’t. I’m ready to try for as long as it takes,” Marin stated outside the House of the Estates on Monday.

She added that although the negotiations have inched forward, agreements on questions such as employment and the economy, as well as independent questions, continue to elude the ruling quintet.

One of the main bones of contention is the level of central government spending in 2023.

Minister of Science and Culture Annika Saarikko (Centre) on Monday confirmed that the ruling parties continue to wrangle over the major themes of the session: employment and the economy.

“It hasn’t been easy finding a common vision for Finland. I’m sure that much has become clear to everyone,” she commented after the conclusion of negotiations on Monday. “It isn’t enough that there’s a majority government in Finland. There must also be a functioning government.”