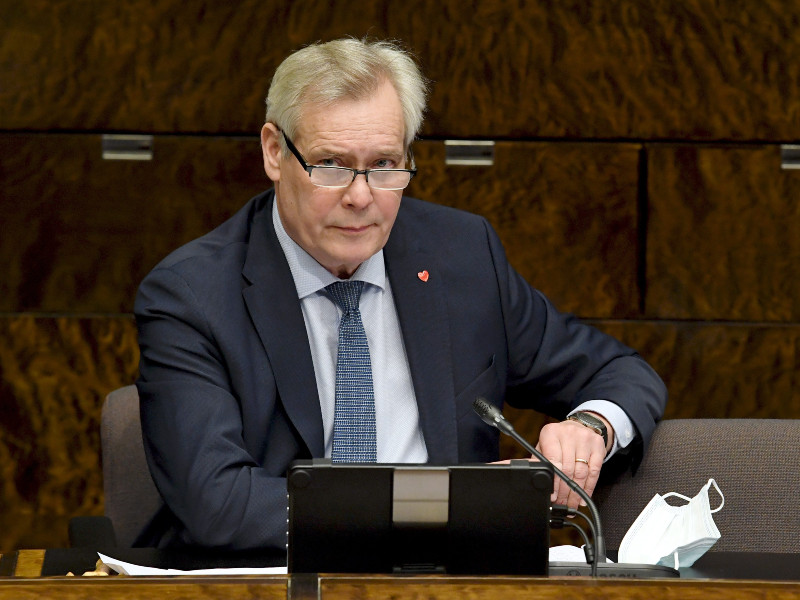 Antti Rinne (SDP), the chairperson of the Parliament’s Constitutional Law Committee, has voiced his doubt about the committee’s ability to finalise a statement on the health and social care bill by Friday. (Jussi Nukari – Lehtikuva)

THE REFORM of social and health care services continues to create friction between Members of the Finnish Parliament.

Helsingin Sanomat on Monday wrote that time constraints are the latest source of disagreement in the drawn-out process, as some parliamentary committees are not expected to finalise their statements on the reform bill until May.

This, in turn, will have an impact on the work of the committee tasked with ironing out the final details of the bill, the Health and Social Affairs Committee.

The legislation on the health and social care system and the foundation of administrative domains that would take over the responsibility of organising the services from municipalities before the summer recess of the Parliament. This would grant legislators the entire autumn to prepare for the institution of the temporary administrations at the beginning of 2022.

The reform has added significantly to the workload of the Parliament, according to Helsingin Sanomat.

The Health and Social Affairs Committee will receive statements from seven other parliamentary committees before finalising the bill. Chairperson Markus Lohi (Centre) has stated that the statements should be received by Friday.

Antti Rinne (SDP), the chairperson of the Constitutional Law Committee, said the objective is too ambitious.

“The problem is that the experts we’re set to hear are the same as the [experts who have commented on] the crisis legislation. There’s not too many of them and we’ve increased their workload greatly. They’ve messaged us that they can’t yet, that they need more time to study the issue,” he explained to the newspaper.

The Constitutional Law Committee has had a key role in defining the legislative response to the coronavirus pandemic, but it is also in a key position in terms of the long-awaited reform, as the previous reform bills have stumbled on constitutional obstacles.

One indication of the weight of its views is that some other committees have revealed they would prefer to wait until it has ruled on the bill before finalising their own statements, a revelation that has frustrated Lohi. The Speaker’s Council stated last week, at his behest, that committees need not wait for the views of the Constitutional Law Committee.

At least one committee nonetheless intends to do so.