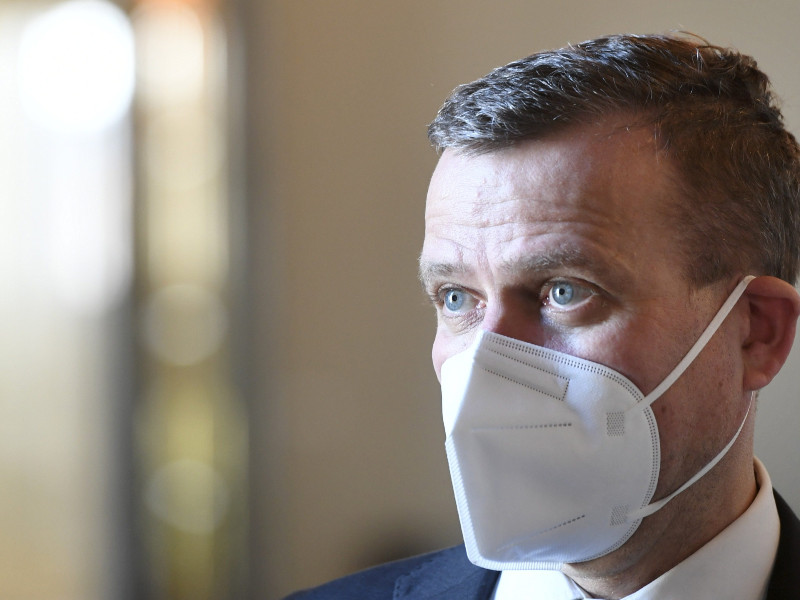 Petteri Orpo has led the National Coalition to within striking distance of a win in the municipal elections postponed until mid-June, indicates a poll by YLE. (Heikki Saukkomaa – Lehtikuva)

THREE PARTIES are jostling for pole position with around two-and-a-half months to go until the once-postponed municipal elections, reveals an opinion poll commissioned by YLE.

The Finnish public broadcasting company reported yesterday that both the Finns Party and National Coalition overtook the Social Democrats, with support for the ruling party falling by 1.5 percentage points to 18.0 per cent in March.

The two right-wing opposition parties, by contrast, saw their popularity increase to 19.0 and 18.8 per cent, respectively.

Support for the Social Democrats has now declined for two months. The decrease accelerated last month during the at times heated debate about possible movement restrictions, with three of the five ruling parties, along with opposition parties, publicly questioning the restrictions advocated by Prime Minister Sanna Marin (SDP).

Tuomo Turja, the research director at Taloustutkimus, on Wednesday told YLE that the debate surrounding measures to manage the coronavirus epidemic may have also had an impact on approval ratings linked to the municipal elections.

“We measures support for the municipal elections, but the election campaigns have yet to get going and the elections have been postponed. This may be more reflective of the general political debate we’ve had in recent times.”

Taloustutkimus interviewed 2,463 people for the poll on 8–30 March.

The poll results bode well especially for the National Coalition. Unlike the Finns Party, the opposition party can be relatively confident that its supporters follow through come election day.

The three parties are followed by the Centre (12.5%) and Green League (12.1%). The latter was the party to record the most significant up-tick in popular support – one of 1.1 points – possibly at the expense of the Left Alliance (7.8%).

“The Left Alliance has lost support especially from women, young people and people living in Southern Finland. The Greens has gained support from the same groups,” said Turja.

The Centre, on the other hand, has continued to thread water as many of its long-standing supporters are content to monitor the situation from the sidelines. The party should therefore do its utmost to mobilise its potential supporters on election day in order to receive at least a satisfactory result from the elections.

Support for the agrarian party is presently five points lower than its share of votes cast in the municipal elections of 2017 – a result that at the time was a massive disappointment for it.

No major changes were registered in the popularity of the Swedish People’s Party (4.3%), Christian Democratic Party (4.0%) or Now Movement (1.3%).