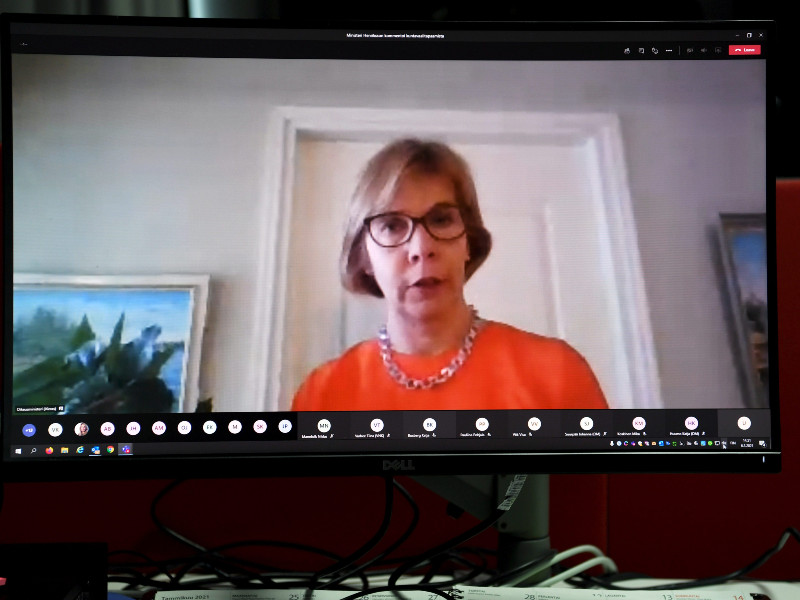 THE MINISTRY of Justice on Saturday announced the municipal elections will be postponed from mid-April to 13 June.

The decision was made in a meeting between the party secretaries of the nine parliamentary parties and Minister of Justice Anna-Maja Henriksson (SFP) on Saturday, with eight of the secretaries expressing their support for the postponement.

Henriksson on Saturday stated that it would have been “technically” possible to organise the elections on schedule but said the willingness to postpone increased following a situation assessment and projections presented to the Ministry of Justice by the Finnish Institute for Health and Welfare (THL).

“THL estimated that the number of infections on the original election day, 18 April, could be 2,600–11,200. That was startling detail,” she stated in a news conference.

“The threshold for moving back the elections is very high. As responsible decision-makers, we can’t disregard the statements of health care authorities.”

The material was published on Saturday.

Moving forward with the elections on schedule, she pointed out, would have presented significant risks not only to health security, but also the legitimacy of the elections despite the measures adopted by authorities as it could have resulted in a sharp decline in voter turnout or necessitated a last-minute postponement.

“The measures can’t fully guarantee that all the risks are eliminated,” she said.

She also highlighted that the postponement should ensure the majority of people at high risk of developing serious symptoms from a coronavirus infections should have been vaccinated by the elections.

Henriksson revealed that the advance voting period will be lengthened to two weeks and take place between 26 May and 8 June. The voting register will also be re-created to grant voting rights to anyone turning 18 by 13 June.

The only parliamentary party to object to the postponement was the Finns Party.

“The Finns Party sees no reason why the municipal elections could not be held on time. Elections have been held in numerous countries in significantly worse coronavirus situations. Postponing the elections gnaws away at the credibility of our democracy,” Simo Grönroos, the party secretary of the Finns Party, commented on Twitter.

Henriksson on Saturday responded to the criticism by pointing out that the decision should be made solely in light of the situation in Finland.

“In Finland, we’re making decisions in light of the situation in Finland – not Portugal or the United States. And [we’re making decisions] listening to our own experts and institutions,” she retorted. “It’s very important that all the material we received for the meeting is published now. Maybe then it’ll be easier to understand why we thought this was the best decision.”

The International Institute for Democracy and Electoral Assistance (IDEA) has reported that the coronavirus pandemic had prompted the postponement of elections in 75 countries by early February. Many of the postponements, however, took place in the first couple of months of the pandemic.

Henriksson also confirmed that the government is intent on amending the elections act to enable the postponement of elections without the unanimous support of political parties, due to the opposition of the Finns Party.

“I’ve tried to do my best so that all parties could stand behind the proposal I’m disappointed this wasn’t good for the Finns Party,” lamented Henriksson.

“It inevitably also means that the matter has become politicised.”